Last episode, Haruhi decided that the SOS Brigade is going to film a movie!
Oh boy, I can’t wait to see the masterpiece they manage to put together under her peerless leadership!

After acquiring a camera and some BB guns last episode, Haruhi, Kyon, and Mikuru go home. The next day Haruhi forces Mikuru to wear her costume for the movie, a waitress outfit! She looks great, although she isn’t very comfortable wearing it.. And then the next day, the club packs up and heads down to the two shops that donated to their movie cause – to film a commercial for them, that will be included in the movie! They’ll be swimming in customers soon enough, I’m sure.

The next day after that, the club meets up for their first day of filming for the movie. They go to a park, and film a bunch of random scenes, with no dialogue. Kyon voices his concerns, but Haruhi tells him to stop worrying about it, because they can just add dialogue on top of the video later. Genius!

The episode ends while they are filming.
To be continued!

This is what Haruhi is all about! High school activities at Haruhi’s whim that only serve to make the SOS Brigade look even more ridiculous than I’m sure people think they are. But as long as they’re having fun, who cares right? I wonder if there will be any supernatural elements to this movie. Maybe Yuki will do something while filming, or maybe she will be able to use her powers to edit the movie a certain way. 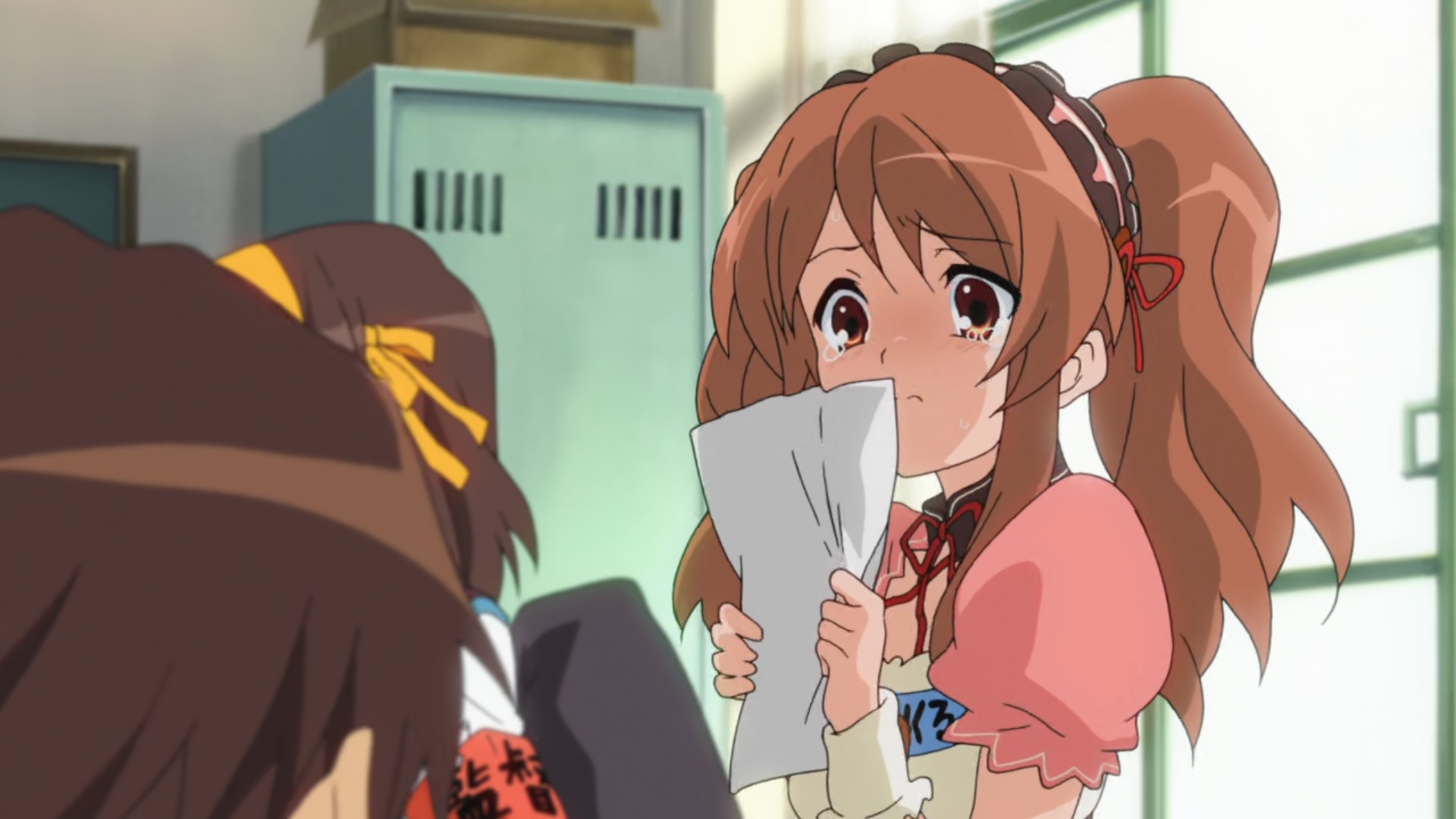 The best moment this episode was when they were filming and Kyon asked Haruhi about a script. Her response:

“We’d be in big trouble if I wrote it down and it got leaked.”
– Haruhi

So there you have it.
Everything is planned out in Haruhi’s head, no need for storyboards of scripts.
I’m sure this movie is going to be perfect.

The filming has only just begun, which means that there’s more to look forward to. I, for one, expect this movie to be an absolute blockbuster of a movie, given how smooth everything has gone so far. Definitely excited to witness more of the creation of this legendary film in the next episode.

So, until next time!
Thanks for reading.