Well, the anime has wasted no time in progressing the Big Fighters Tournament!
The tournament may be at an end, things are only going to get more heated from here! 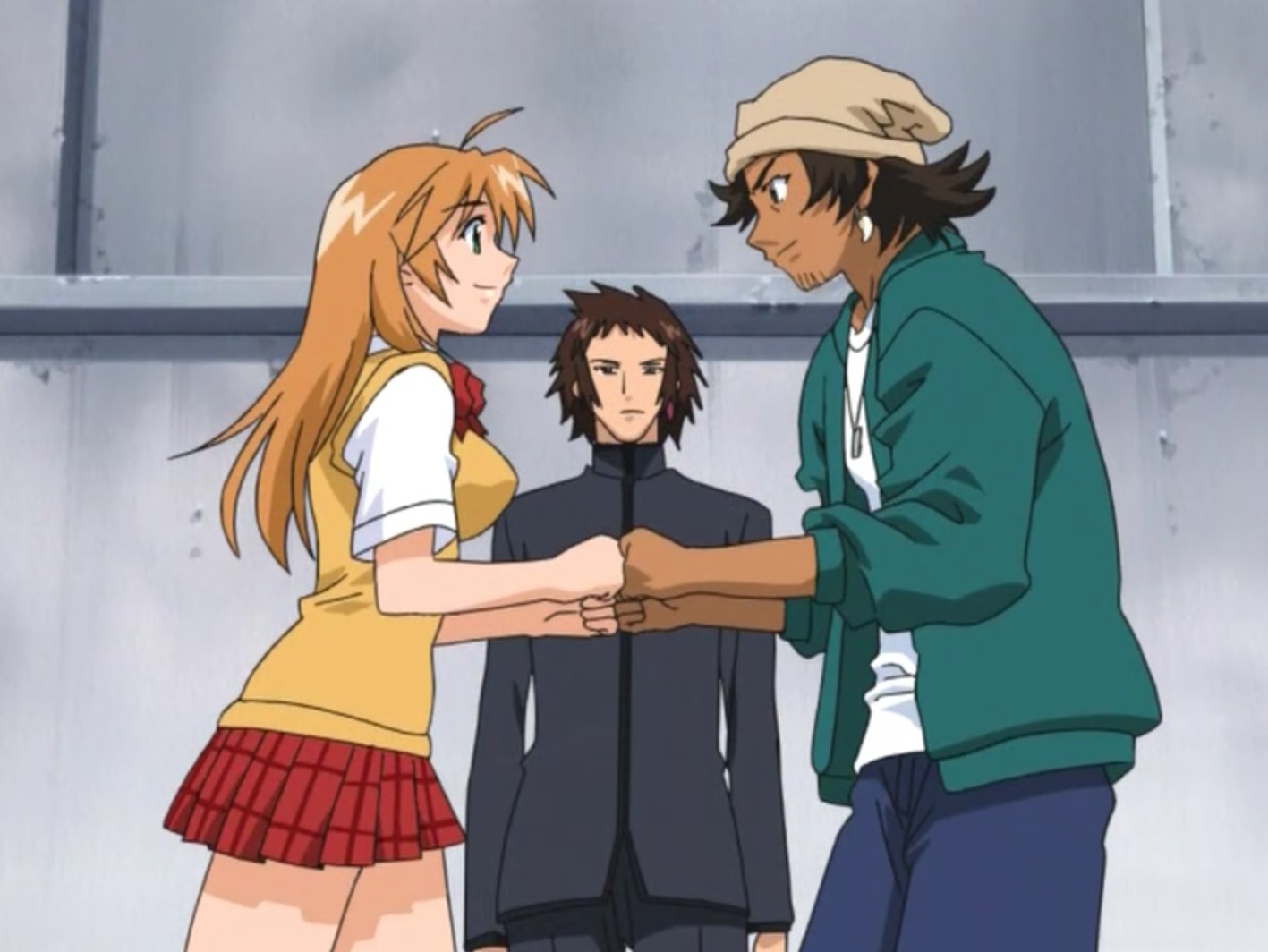 The episode begins with Ryofu Hosen (Lu Bu) waking up from a fiery dream. She knows that it’s her fate to kill Totaku (Dong Zhuo), but it’s something she is struggling with. Still, Saji has planted the seed in her mind, and she is starting to become paranoid that Totaku is going to have her killed first, before she can fulfill her destiny as Lu Bu.

The next round of the Big Fighters Tournament is also ready to go, with Nanyo facing off against Kyosho. Kyosho’s leader is Sousou Moutoku, otherwise known as Cao Cao. Kakoton starts off the fight versus Hakufu, with Hakufu’s mom on the sidelines cheering for Kakoton. He proceeds to attack Hakufu’s legs over and over, until she can no longer stand up. This causes Hakufu to lose the fight. Later on we find out that Hakufu’s mom made a deal with Kakoton to fight this way, because she didn’t want to see Hakufu have to rely on her inner fighting spirit, which causes her to lose control of herself.

Ryoumou proceeds to defeat Kakoton with her specialty – the upside down triangle strangle grapple. But she is defeated by Kyosho’s next fighter. We don’t really see the fight though, the anime just clips to the tail end as Ryoumou gets knocked into a wall and can no longer fight. Nanyo Academy is officially defeated and out of the tournament.

Meanwhile, Ryofu Hosen is confronted by Kaku Bunwa, otherwise known as Jia Xu. She brings a group of men with her in order to subdue Ryofu, but they fail to do so and Ryofu escapes after defeating all of the henchmen. It’s at this point that Ryofu makes her decision – she’s going to accept her fate and kill Totaku.

Koukin and Hakufu visit Gakushu in the hospital. Koukin tells Gakushu about how Kannei attacked and tried to kill Hakufu under orders from Enjyutsu (Yuan Shu). Gakushu decides that he is going to draw out Enjyutsu and confront him, by force (seizing Nanyo) if he has to. After all, Enjyutsu is supposed to be Nanyo’s leader, and yet he is nowhere to be seen.

Finally, the episode ends on an intriguing note. Kaku Bunwa visits Kyosho and delivers a message to Sousou Moutoku (Cao Cao) – Rakuyo will not be participating in the tournament, and so, Kyosho wins the tournament by default. However, according to the rules, the Gyokuji (imperial crown) must be won in a match to transfer hands, so no crown for Kyosho. Sousou Moutoku then poses a possibility – if Rakuyo won’t fight in the tournament, Kyosho will just have to invade the school and take the Gyokuji by force…

Despite the Nanyo vs. Kyosho match in this episode, there actually wasn’t THAT much fighting! Or panty shots! Instead, most of the episode was filled with intrigue and setting up different plotlines.

First, is Ryofu deciding to accept her fate. We can expect to see more of her in future episodes.

Second is Nanyo’s leader, Enjyutsu, who hasn’t appeared at all so far. Gakushu has vowed to force him to reveal himself. So this’ll be interesting to see as well.

Finally, there’s Sousou (Cao Cao) and his threat of attacking Totaku directly. I’m going to be honest, I’m not sure Totaku and his school would be able to take on Kyosho. I wonder though if Totaku is going to fall by Ryofu’s hands before Sousou is able to completely take down Rakuyou.

I’m glad I managed to pick up at least a little bit of Three Kingdoms knowledge while watching this anime. Everything makes so much more sense knowing who is who, and what they are fated to do. It’s looking like something is going to happen with Nanyo that will likely result in Hakufu becoming the school’s new leader, in the midst of the upcoming battle between Kyosho and Rakuyo. While she’s the main character, I feel like Hakufu has a long way to go and a lot to learn. When she isn’t in her “fighter spirit” mode, she just isn’t able to keep up with other fighters.

Hakufu is going to have to improve if she wants to fight against the other big players like Sousou, Kanu Unchou, or Totaku. I wonder if the anime will keep her off to the side for the coming battle though? I actually hope that it does. I want to see Hakufu become stronger and then become a thorn in Sousou’s side in the future, just like Sun Quan was a thorn in Cao Cao’s side. Speaking of which… I wonder if there will be a Sun Quan in Ikkitousen?

Also, we’ve seen Kanu Unchou (Guan Yu), so I have to imagine we’ll see a Liu Bei at some point. Maybe next season.

All that’s important now is that Sousou makes his move and takes Totaku’s position at the top first.. assuming that’s what is actually going to happen.

No “Favourite Moments” this time around, I feel like most of the episode was just setup. No scenes really stuck me as particularly funny or exciting this time, although you can bet that I am excited overall for where things are headed!