Yomu here, at the Umai Yomu Anime Blog, with an announcement for you all.
A very last minute announcement…!

Lynn Sheridan and I have teamed up to create a new anime blog!

The blog is called Ecchi Hunter (ecchihunter.com), and you can expect to see regular posts starting tomorrow. As you can probably infer from the name, this blog will focus primarily on ecchi anime (and occasional manga). Episodic reviews, series reviews, and whatever else we come up with. It’s a blog where we can shamelessly post about even the most NSFW anime out there.

Part of what we’re going to do is take a look at ecchi content versus the rest of the anime. There are many ecchi anime out there that only exist to show fan service, while others have a great story to back them up. I think it’d be neat to explore that sort of thing.

As you all know, I’ve been on a massive rewatch streak lately. A large portion of the anime that I first watched many years ago was ecchi anime, because I used to binge ecchi anime like you wouldn’t believe. I’d like to continue rewatching some of these ecchi titles, like Ikkitousen, and I feel like Ecchi Hunter is a great place for me to do just that. Which is why I plan on moving my Ikkitousen rewatch to Ecchi Hunter after I finish the first season here.

“Yomu, why is the blog called Ecchi Hunter?”
– You

Thank you for the question, dearest reader.

There’s a story behind this. You see, a few months back I was chatting with Lynn about collab ideas. You may know that I’m quite interested in coming up with creative and fun ways to collab on WordPress. One of the ideas we ended up liking was a collab where we watch an ecchi anime, and hunt down ecchi tropes. I don’t think we got much further than that, but my thinking was that we would watch an episode of different anime, and whoever found more tropes (slipping and falling onto girl’s breasts, accidental boob grab, etc..) would win for the week.

Actually, it still sounds like a fun collab idea, doesn’t it?

Anyways, Lynn was inspired by that idea and pitched the idea of creating a new blog titled Ecchi Hunter. While we’ll be doing much more than hunting ecchi tropes, that was the original idea that sparked all of this. I liked the idea because it would give me a place to write about and review ecchi titles that I wouldn’t want to feature on this blog, and it would also let me try writing in a different way. Plus, we can shamelessly post clickbaity ecchi images and stuff, which will probably be great for getting Google traffic too. All in all, it sounded like a good idea to me.

Ecchihunter.com is ready to publish posts starting tomorrow. We have almost an entire month of posts scheduled and ready to go. At first we had written about an even amount of posts, but Lynn very recently went nuts writing about Spring 2019 titles, trying to catch up. So for the first month you will see many posts on some of the currently airing titles – thanks Lynn!

Speaking of, I’ll end this post with some eloquent words from my esteemed partner. When prompted for a quote marking the beginning of our new venture, this is what I got:

“You want me to feature a beavis and butthead joke as your testimony for our new anime blog?”
– Yomu

“I can come up with something else.
How about? “I regret nothing…” from Maken-ki..”
– Lynn

And there you have it.
Lynn Sheridan, ladies and gentlemen! 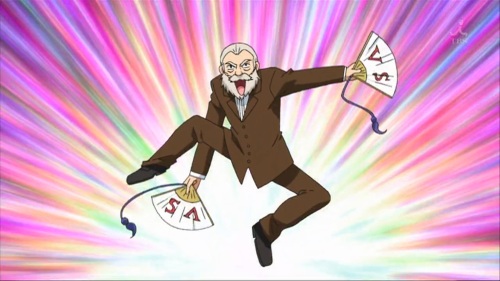 Once we get settled into posting for the blog I know that we both would like to write some more creative posts. Things like that collab idea I mentioned earlier aren’t off the table either.

I suppose that’s enough about that.
Thank you for taking the time to read what ended up being a fairly long post about my new blogging venture with Lynn Sheridan.

6 thoughts on “Introducing A New Blog With Lynn Sheridan!”