It’s time to find out what’s going on with Ryouko and her mysterious transfer.
Of course we already know what happened, but Haruhi doesn’t!
What interesting developments will we encounter this time?

Haruhi and Kyon go to the condo building where Ryouko lived prior to her transfer. They manage to sneak into the building but can’t get into Ryouko’s condo, as it’s locked. So they go to the property manager, and Haruhi asks him various questions about Ryouko.

We find out several details:

Now none of this is a surprise to us, but it’s still cool to see Haruhi getting this information. As Kyon notes, she’d make for a good detective.

On the way home, Haruhi tells Kyon about how when she was in 6th grade she went to a baseball game with her family and realized just how many people there are in Japan, and how insignificant that made her feel. That was when the melancholy set in for her – the world felt grey, everything seemed boring and meaningless. Wanting to be someone who lives an interesting life, Haruhi began to proactively try and look for interesting things in the world.

Kyon goes home to find Itsuki waiting for him. They take a cab to somewhere in the city, and we get to see Itsuki’s powers in action. Essentially, when Haruhi is irritated, she creates a “bubble” of space separate from the real world, and a giant blob man goes bersesrk destroying things within this space. The espers work to defeat these giants in order to close the space before it expands too far.

Kyon returns home afterwards, and we get some foreshadowing that something was going to happen the next day through the narration (by Kyon).

I didn’t know what was going to happen with the investigation into Ryouko’s condo. Turns out, nothing really happened – but regardless, it all felt like new content to me. I didn’t know if they were going to get into the condo or not. Nothing crazy ended up happening though.

I remembered the whole gist behind how the espers fight in those spaces, but man I forgot how long the taxi ride was. Itsuki just doesn’t stop talking about all this philosophical jargon about humans observing the universe and whatnot. I didn’t pay too much attention to it, it just wasn’t entertaining. Took away a lot of the enjoyment from this episode I think.

My absolute favourite moment from the episode was from when Haruhi and Kyon are just leaving the condo building. Because Yuki also lives there, they happen to run into her. Haruhi asks her some questions about Ryouko, and she answers by nodding her head “yes” or “no”.

Haruhi then asks Yuki what happened to her glasses, to which Yuki looks at Kyon – causing him to panic a bit in his head (“I don’t know what to do even if you looked at me…!”). Haruhi gives up on the question and just continues walking. Just a funny moment, Yuki putting Kyon on the spot like that. I’m loving Yuki more and more each episode. 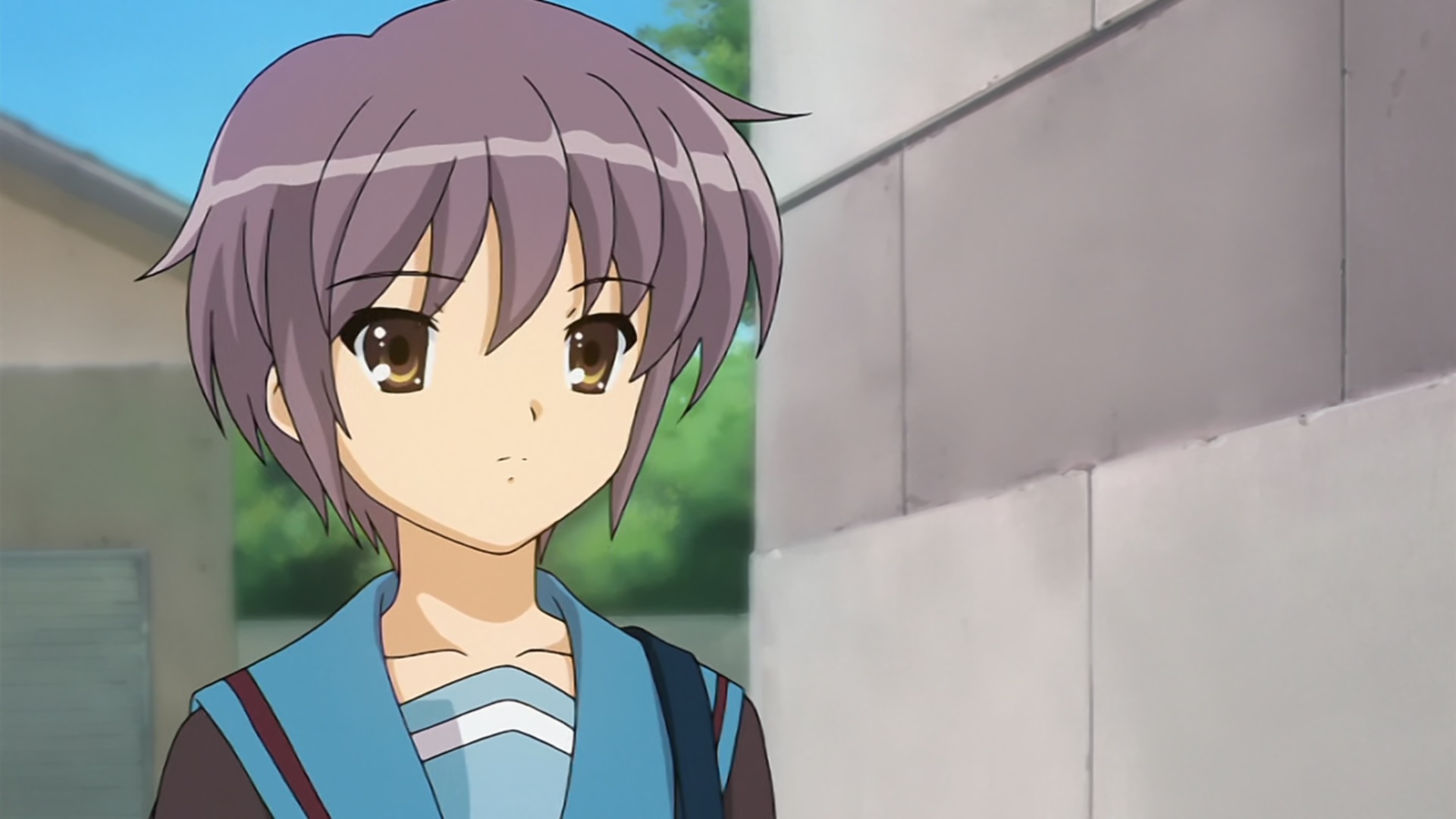 Too much exposition, and most of it wasn’t really necessary I think. For example, Rascal Does Not Dream of Bunny Girl Senpai covers the whole “observation” topic as well, but didn’t have to utilize half of an episode to do so. If they really felt it was necessary to throw all of that information out there, maybe they could have done it over more episodes, instead of just giving us 10 straight minutes of it?

At least it’s over with.

Kyon hinted at the next day being “preposterous”, so I’m expecting big things. If I remember correctly, the next episode will be the one with the dream? I’m thinking that’s what’s in store for me at least.