Vandread, the anime that got me into anime.
It feels like a lifetime ago, despite only being 5 years.
It’s amazing how much can happen in such a short period of time.

It’s also amazing how many details I manage to forget from anime over the years. I wasn’t sure if I was going to enjoy Vandread on this rewatch. I thought that maybe my tastes in anime have changed, and that this would lead me to not enjoy Vandread as much as I did the first time. While Vandread got me into anime, my perception of it looking back was of an average anime, and one that had several aspects I disliked.

My memory has managed to fail me again.
I was wrong – Vandread is a great anime! 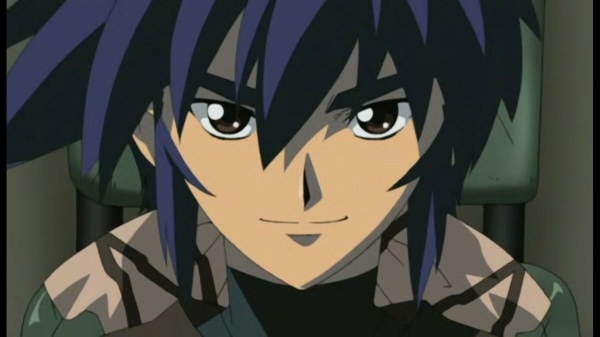 Vandread takes place in a galaxy where men and women live separately – on different planets. Instead of procreation, humans are produced through some scientific means or another. There’s an intense rivalry between the two planets – men and women see each other as enemies.

The anime follows Hibiki, a labourer from the male pllanet Tarak. In order to fulfill a promise he boastfully made to some fellow workers, he sneaks onto a Tarak military ship in order to steal one of the mechs on board. A mech that he contributed to building, and he had left a mark on it so he could find it. Unfortunately, the ship takes off before Hibiki gets the chance to steal the mech. Hibiki is caught, and thrown into the brig as the ship leaves Tarak.

A group of female pirates attack the Tarak fleet and board the ship Hibiki is on. In all of the confusion the Tarak commander orders his men to fire an experimental bomb at the boarded ship, which creates a wormhole – transporting the female pirates, Hibiki, and two other males that were still on board the ship, across the galaxy. Now the three men have to live aboard an all-female ship as they make their way back home.

Battles with an unknown enemy and hijinks ensue during the journey. 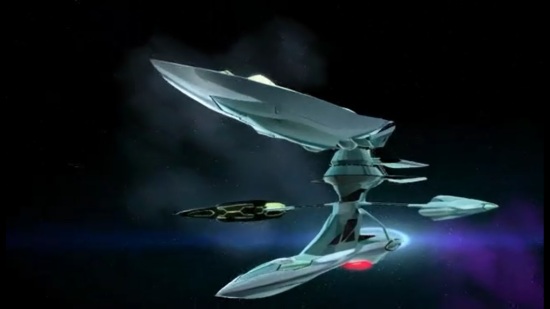 I think it’s important to mention that despite the premise of three men living and serving on an entirely female ship, the space and mecha elements definitely are at the forefront of Vandread. Very few episodes go without a battle of some sort. Hibiki’s mech is special in that he can combine with three of the female pilot’s fighters, creating unique ships with different but powerful capabilities.

Hibiki’s mech is called a Vanguard, and the female’s fighters are called Dreads – hence the anime’s name.

As the anime progresses, you really get to know all of the crew of the Nirvana, their main ship. A lot happens along the journey, and there is some serious progression – both through the characters, and the challenges they face. And don’t write off the action just because the anime is from 2000! Yeah, some of the 3d animation is a bit funny looking, but overall, the combat is excellent, all things considered. 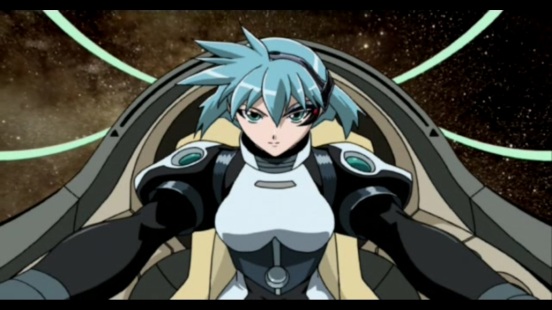 When it comes to the ecchi content, I’d say Vandread is pretty tame. Aside from some characters that wear tight spacesuits, or some characters that have a large bust, there are only a few straight fan service moments. Instead, there are more sexual related themes – the result of a few guys living on an all female ship. Once the characters learn how babies are made, some of the women (one in particular) get a little interested…

Despite this, Vandread isn’t really a harem anime. It’s funny because I remembered it as a harem anime, because, well, the premise pretty much screams “harem!”. In reality, Hibiki only ever encounters a few serious love interests. Most of the women on board show little to no interest in the men, which makes sense considering they all grew up never having seen a man before.

There are still many fun interactions to be had between the men and women on board the Nirvana – just don’t expect them all to be centered around ecchi or harem content. 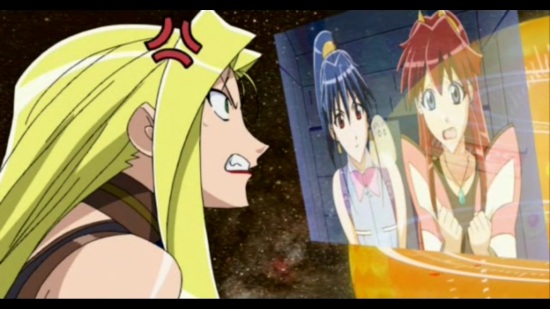 Naturally I also watched the sequel to Vandread – Vandread: The Second Stage. A direct continuation from the first season, you’d think Vandread was just a single 26 episode season because it flows so well. There’s a slight improvement in the visual quality with the second season, which is nice. The second season also features more large-scale combat, so you have that to look forward to as well.

The best aspect of the sequel though is that it manages to ramp up the action to a perfect climax, before ending the anime off in a great way. When you look at Vandread overall, it feels perfectly complete. Wraps up perfectly. 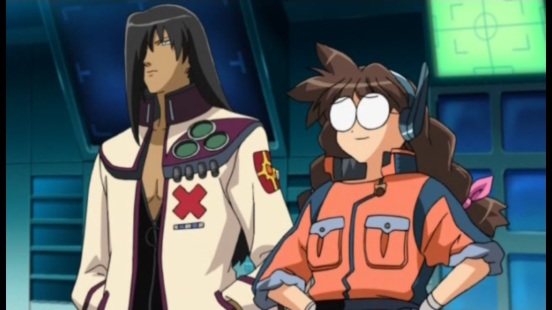 I know, I’ve mentioned many times that I ALWAYS watch subbed over dubbed, and that these days I can’t watch any anime dubbed, period. So you can take this with a grain of salt, if you want.

But, back when I first watched Vandread, I was dubbed only. And I can tell you right now, my impressions of Hibiki are much better with the subbed VA. Hibiki is a bit of a hotheaded character, but the English dubbed VA makes him feel much more obnoxious than he really is.

My biggest concern when rewatching Vandread was that I wouldn’t like Hibiki, because I didn’t like him that much the first time I watched the anime dubbed.

So this is just a small warning that I personally think watching subbed Vandread is much better when it comes to Hibiki’s character specifically. He’s still hotheaded, but the subs make him easier to watch. I ended up really liking Hibiki in this rewatch, thanks to the Japanese VA. 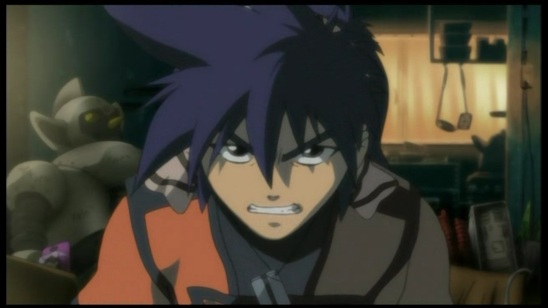 There’s no question – Vandread is a great anime.
I enjoyed it more the second time than I did the first!

I didn’t realize that Vandread was such a satisfying and fun journey – one that ends at just the right time. Great characters, great story, great action. The premise works well. Just a nice complete package.

I’m going to give Vandread a 8.5 / 10.
I don’t think you can go wrong with this anime, it just manages to do everything very well. If you haven’t seen Vandread, give it a shot!

I’ll also give Vandread the Second Time’s A Charm Award, for being even more enjoyable the second time around! How often can an anime manage that? 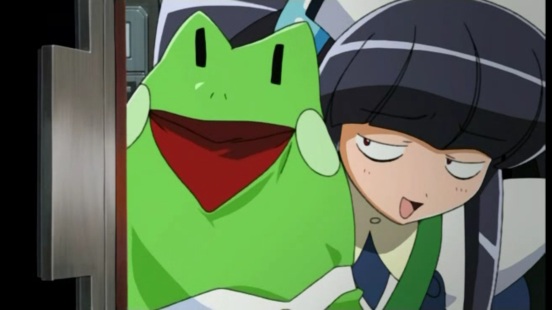 This concludes anime V for the A to Z challenge.
Next up, anime W!