We’ve made it to episode 10 already! What outstanding progress – we have the chronological order to thank for that. Which also means, soon enough, we’ll be backtracking on the episode numbers.

Well, a lot happened once again.

Kyon found a message in his locker asking to meet in a classroom after everyone had left school, so he waited in the clubroom with Yuki and Mikuru before going over to meet whoever left the note. And it ended up being none other than Ryouko Asakura, the popular girl who can do no wrong.. or so we thought. Ryouko gives a bit of a monologue, and then pulls out a knife to kill Kyon.

The classroom then begins to change and shift at Ryouko’s whim. Yuki ends up breaking in and protecting Kyon. Turns out Ryouko is Yuki’s backup gone rogue. Yuki ends up putting a request through to the Information Entity and shutting Ryouko down after a crazy fight. Yuki then restores the classroom back to normal. But she forgets to re-create her glasses, to which Kyon says he prefers her without them. After all is said and done, who would have thought that controlling information could be so powerful?

The next day, the class finds out that Ryouko has transferred out at the last second due to her father’s work (a lie, as we know). Haruhi is ecstatic about the sudden transfer, and how it just happened all of the sudden. Kyon gets another note in his locker, this time telling him to meet at the clubroom at lunchtime. He goes and meets future Mikuru, who just tells him “snow white” as a hint, as anything else was classified info. 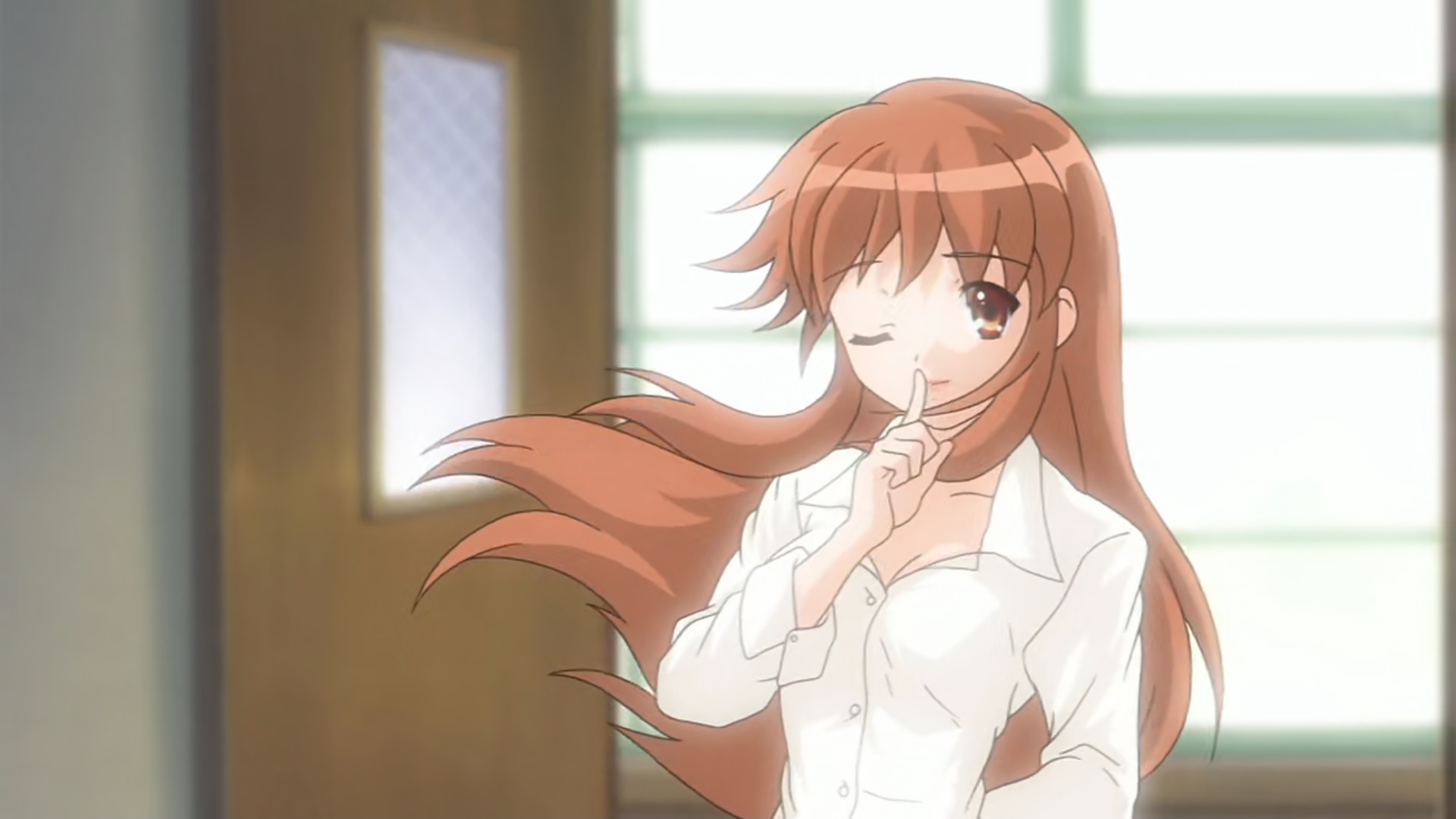 The episode ends with Haruhi dragging Kyon with her to go visit Ryouko’s former address, as she is keen on investigating what happened with the sudden transfer.

Yep. I had essentially forgot everything that happened in the episode. From Ryouko being an alien, to her trying to kill Kyon, to the hint we get from future Mikuru. I didn’t remember any of it. I even forgot that Yuki stops wearing glasses! I can’t think of a single moment that I actually remember from when I originally watched Haruhi, 4+ years ago. Crazy. But it also meant that this episode was very exciting to watch.

It also means that I’ll probably go through something similar with the next episode, when we investigate Ryouko’s home. I bet it’ll be bare bones, just like Yuki’s apartment.

The title says it all. Haruhi had created a webpage for the club’s website called Mikuru Asahina’s Charming Photo Gallery, featuring all of the pictures she took of Mikuru in the maid outfit, including some very revealing photos. Kyon managed to shut it down and delete the page, but not before saving all of the images in a folder. 🙂

The entire fight was excellent. I’d say it’s even better than many of the battles I’ve seen in recent anime! That said, I really love the moments just before the fight began to heat up, like when Ryouko first pulled a knife on Kyon. The sunset lighting in the classroom created this tense atmosphere that was perfect for just that. 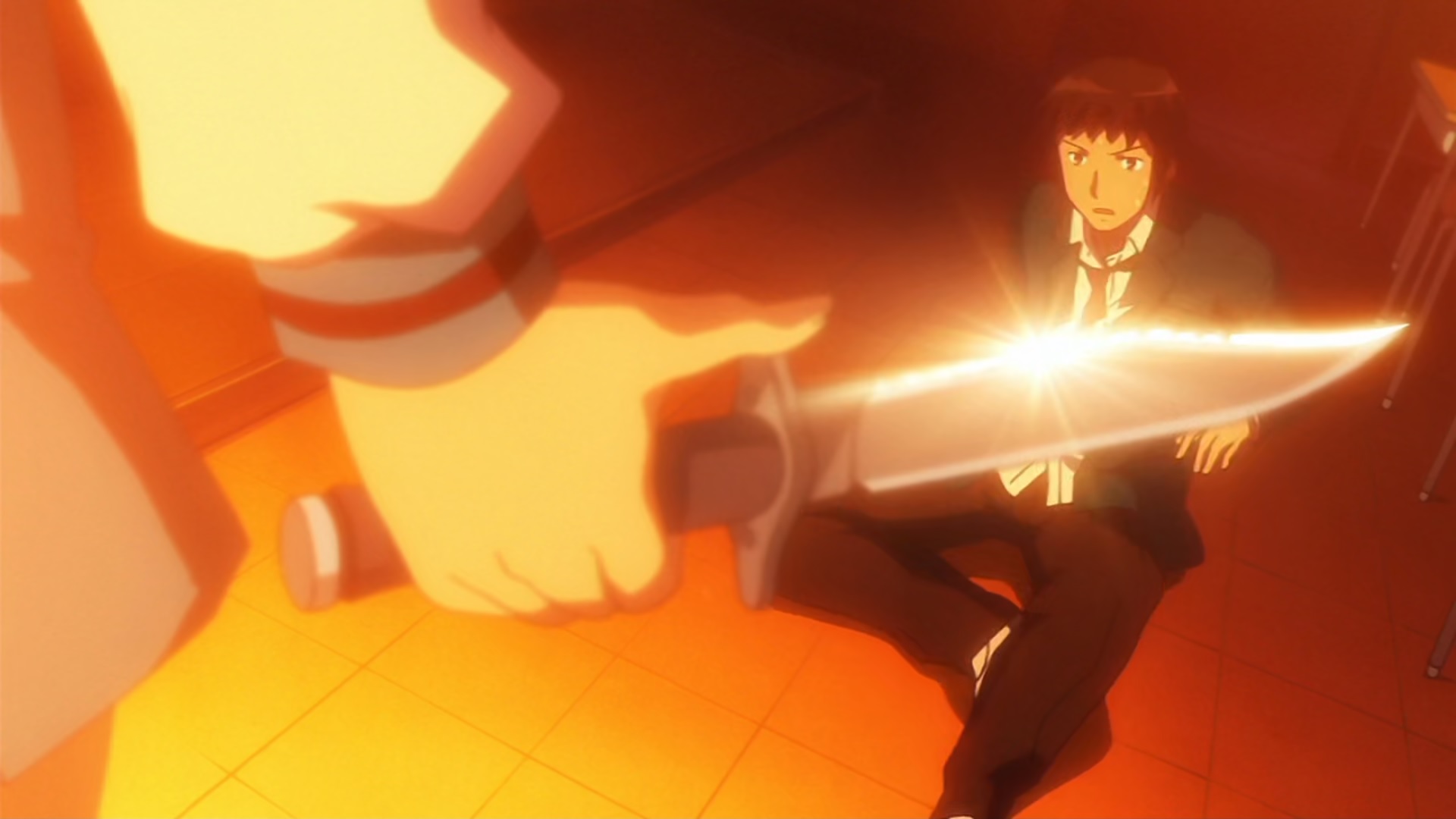 Short moment, but after the fight, Kyon was holding Yuki in his arms in the classroom as she had been skewered with some metal beams during her fight with Ryouko. Kyon’s talkative friend walks in and sees them there, giving a funny reaction before running away. 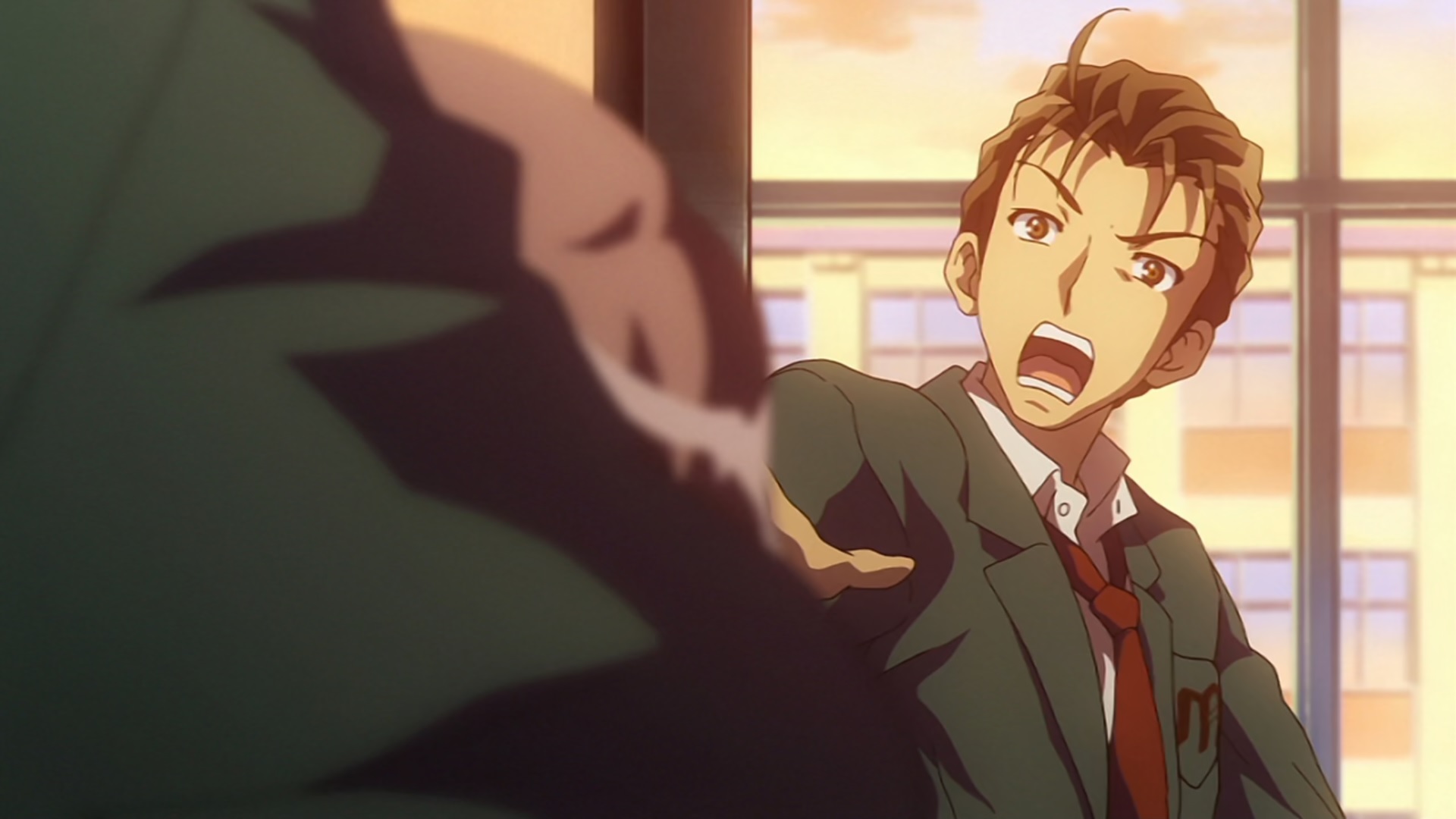 Watching this episode has reinforced just how great this anime is. I’m still amazed at just how much has happened in a single episode! And not just dialogue, but some great action as well. Things are really starting to get interesting in the Haruhi world. That said, I imagine that there will be some more “slice of life” episodes ahead of me, especially once we move past the 6 introductory episodes. It’s seeming like jumping right into the action is a reality of watching in chronological order.

I’m also starting to remember why I loved Yuki so much when I originally watched Haruhi. She’s really an amazing character! 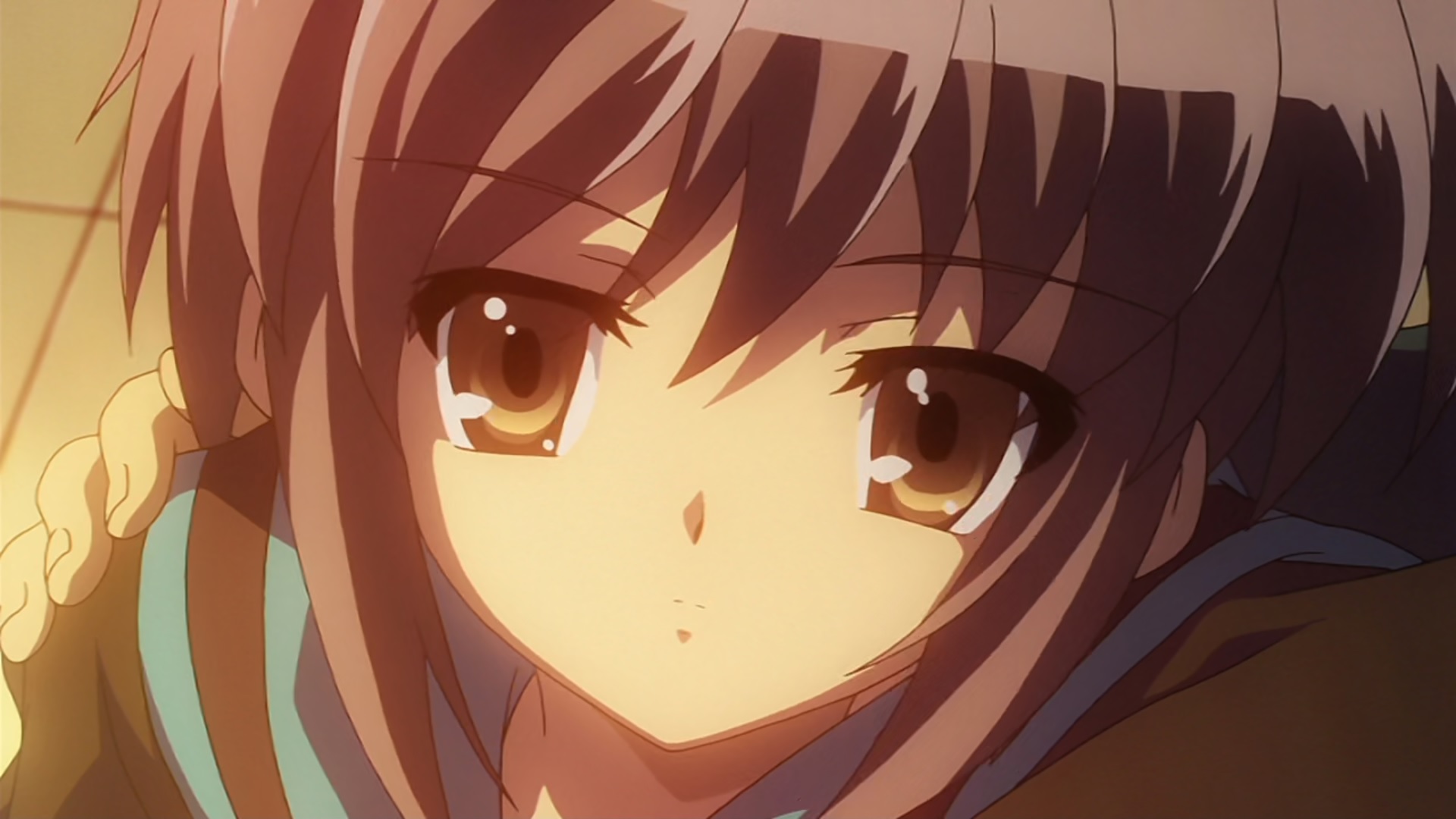 I have no doubt that we will see some more interesting phenomenon next episode, when Haruhi and Kyon visit Ryouko’s former address. I’m really looking forward to it!