It’s time to kick off the next rewatch – Ikkitousen!
I’m already feeling the nostalgia wash over me from this first episode.

Going to try making these posts a little more long form than my other episodic posts, but we’ll see how it goes. I may end up adapting this format later on. My focus is to try and write these posts so that you don’t necessarily have to have seen the anime to follow along, which means I want to make sure to properly introduce characters and plot developments as we go.

I feel like Ikkitousen is more suited for this, because I’m not sure how many of you have actually seen Ikkitousen. Naturally, if any of my posts inspire you to go watch it, that’s great too!

In case you were wondering, Ikkitousen can be boiled down to two things: fighting, and panty shots. 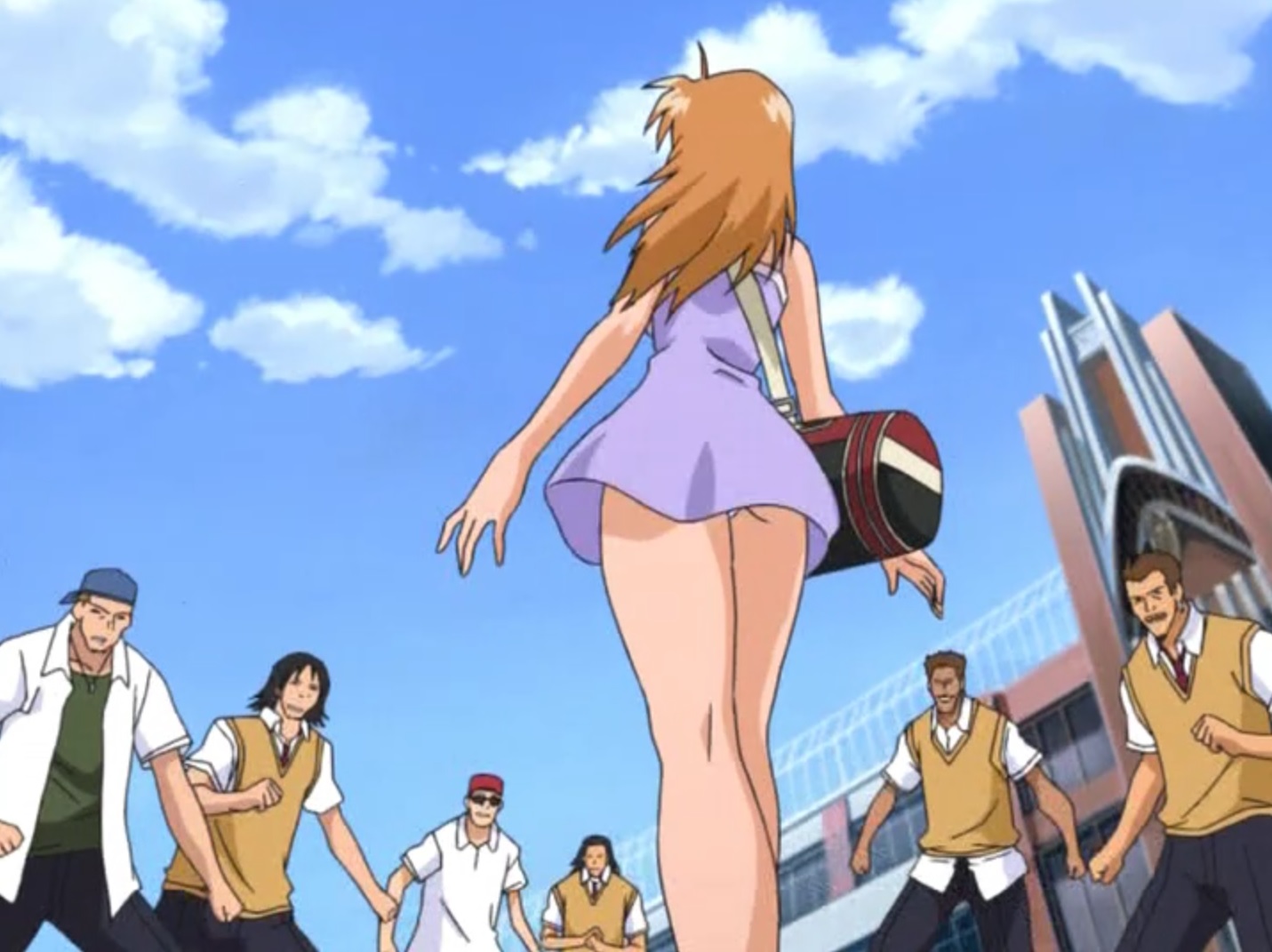 In the Kanto region there are 7 powerful high schools that are engaged in war, all trying to expand their control over the region – Rakuyo, Nanyo, Kyosho Youshu, Yoshu, Seito, and Ryoushu.

Our protagonist, Hakufu Sonsaku, has just transferred into Nanyo Academy, where she will be attending while living with her cousin, Koukin Shuyu, who also attends Nanyo. But instead of waiting at the gate, Hakufu just walked right into the school grounds – earning her the attention of a group of Nanyo students. The students proceed to fight Hakufu, and she manages to defeat four of them with ease. Her fifth opponent is Gakushu, one of the academy’s “big four”. She lands a kick on him, but doesn’t seem to do any damage, and loses the fight.

Later on Gakushu falls to his knees, having taken much more damage from the kick than he had realized. We learn that Hakufu has the fighting spirit of someone called Haou (many of the powerful characters in this anime are the spiritual reincarnation of various heroes from the Romance of the Three Kingdoms).

That night, Gakushu is out worrying about the presence of Hakufu at the school, when he is attacked by another one of Nanyo’s big four – Shimei Ryomou. She takes enjoyment in defeating Gakushu, but ends up leaving irritated because Gakushu didn’t really care about her and was solely focused on Hakufu.

Although he doesn’t do much, we are also introduced to Saji Genpou, another one of Nanyo’s big four. He’s the clever type, who excels at gathering information and always being in the right place at the right time, but also avoids fights when he can.

I’m going to start providing a face for the names of new characters introduced, because as the series goes on there will be a lot of new and interesting characters. Also, the characters that we meet now will end up remaining as supporting characters throughout the entire anime, so I think it’s a good idea to give you all an idea of their appearances. There are a lot from this episode, but generally there won’t be this many new characters to introduce in future posts.

Our protagonist, the airheaded but strong fighter who likes to fight, just because. Spiritual successor of Haou, who we will learn more about as the show progresses.

Hakufu’s cousin and spiritual successor of Haou’s sworn protector. Koukin comes off as a coward, but he is able to step up and fight when he needs to – looks are deceiving with Koukin and his strength. 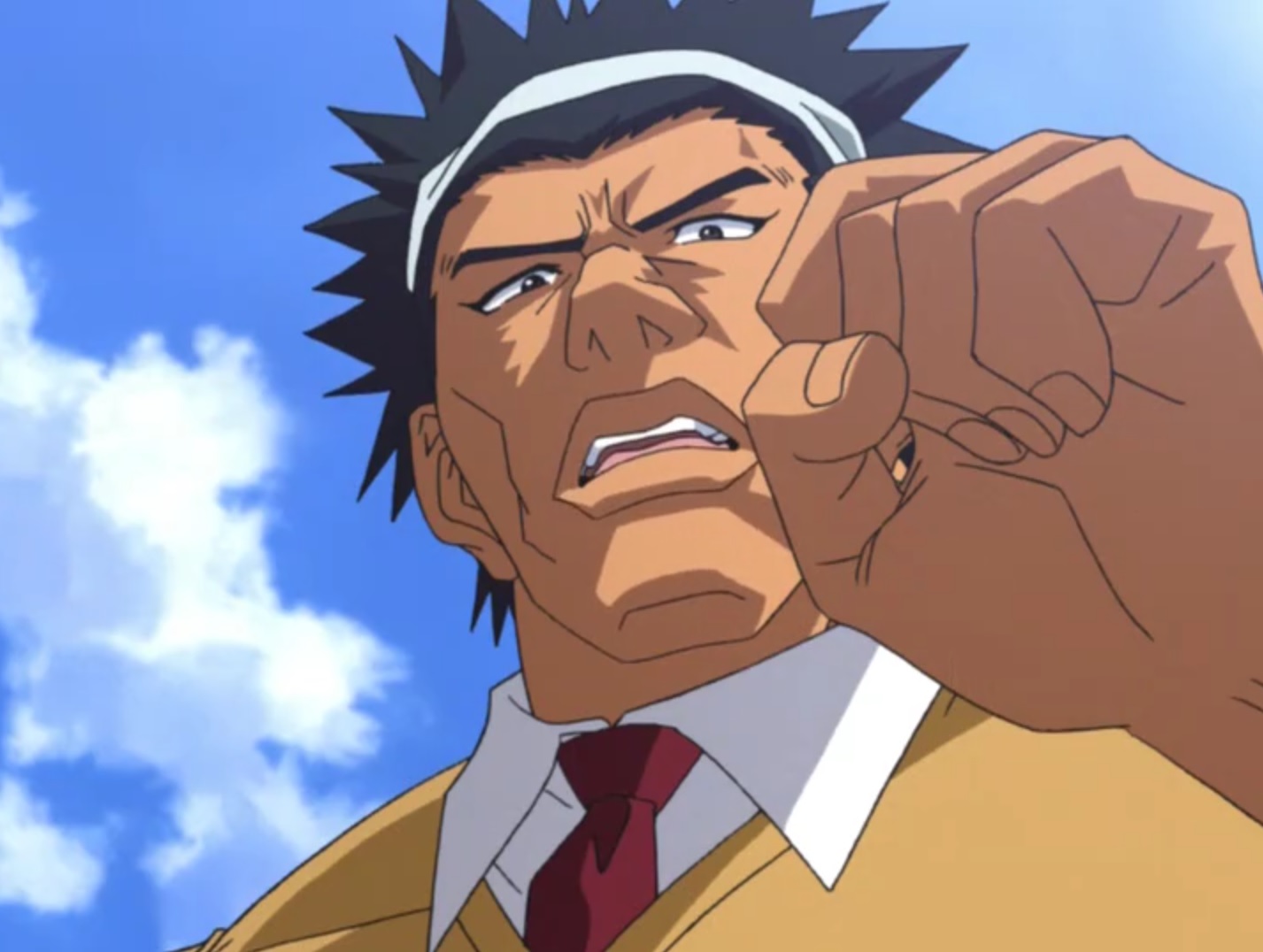 A massive muscular man, one of Nanyo Academy’s “Big Four”. Despite his rough appearance, he has a strong sense of honour and duty.

Another one of Nanyo Academy’s “Big Four”. We don’t know much about Ryomou aside from her very edgy appearance and her strength from her fight with Gakushu. She fights using handcuffs as a weapon, and is very sadistic.

Another Nanyo Academy “Big Four”. Scheming and clever. Deceptively strong, due to his aversion to fighting.

To be honest, Gakushu didn’t stand a chance. I don’t think his mind was really into the fight, and so I feel like he could still beat Ryomou in a fight in some situations. That said, Ryomou did a number on him. The highlight being when she used handcuffs to grab his arms and pull them against his neck, making him choke himself. The image speaks for itself!

My favourite scene, or sequence of scenes, was definitely Hakufu fighting in the school courtyard. One of the things I remember loving about this anime was the fighting, so these scenes were just really enjoyable to me thanks to the nostalgia. As I mentioned, there is a lot of fighting in this anime – good fighting too. Not the lazy fight sequences like the kind you’d see in a low budget anime.

There was also a funny little moment where Koukin was telling Hakufu about how his father left to go live a country lifestyle as a farmer – to which Hakufu asked: “What country?”.

There were a few good ecchi moments, such as when Hakufu was looking for something she had lost (a bead that all fighters carry or wear as a symbol – like the one Gakushu is wearing on his ear), and she flips up her dress in front of Gakushu: 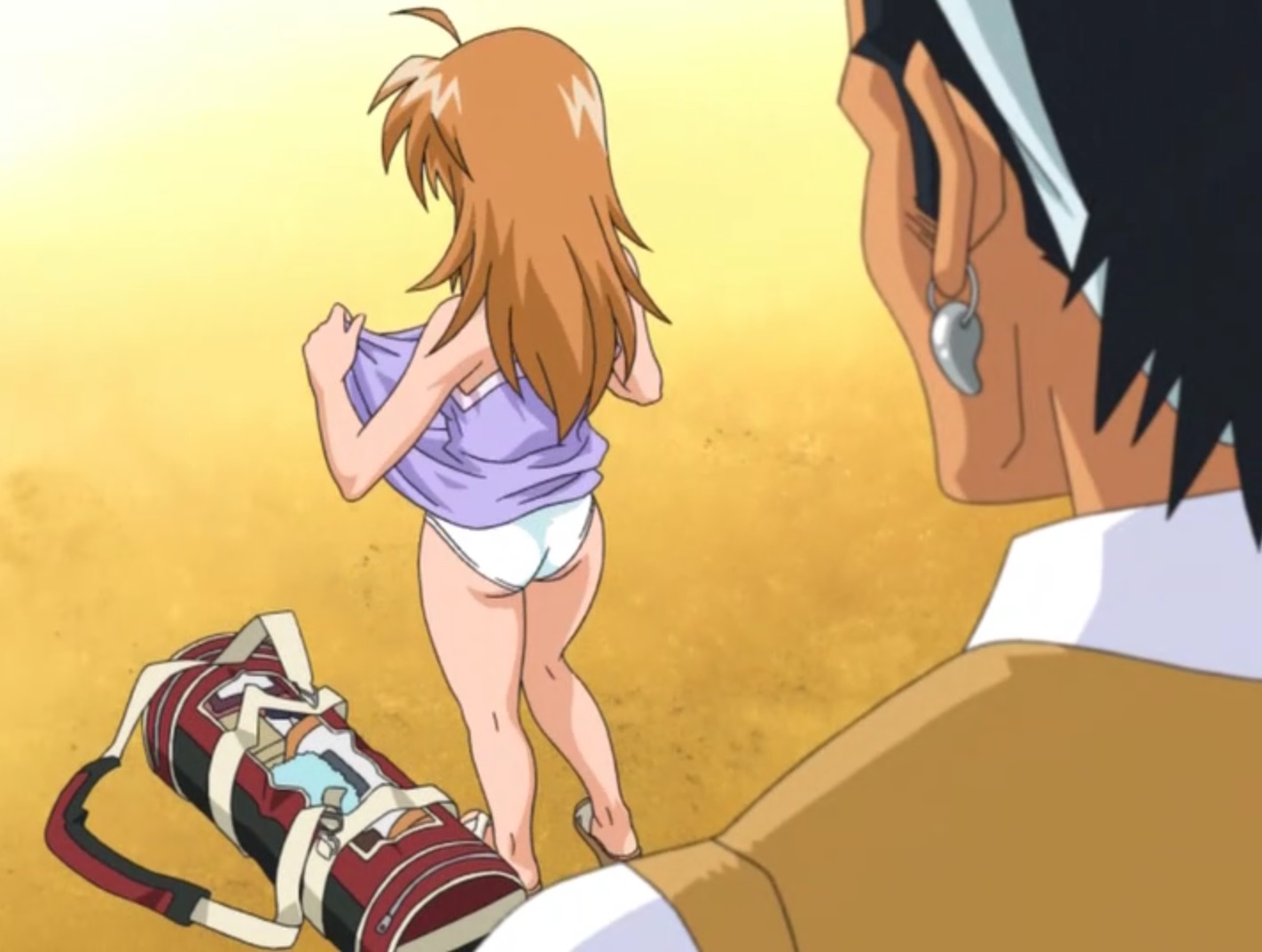 But I think the best ecchi moment was not a panty shot, but when Hakufu, after knocking someone out, stumbles back into Saji who proceeds to grope her breasts and tell Hakufu her breast size – which manages to impress Hakufu enough that she thinks he is a bra salesman.

As you’ve likely already guessed based on what I’ve written so far, I really enjoyed this episode! It was basically what I had expected, and what I remember from the anime. I’m going to be looking forward to Hakufu’s rise to power – starting with Nanyo Academy.

You can expect more fighting, panty shots, interesting characters, and plot developments as the series progresses! This is just the beginning.

That does it for episode 1 of Ikkitousen.

2 thoughts on “Ikkitousen Episode 1 – A Violent, But Ecchi Introduction!”