I’m back so soon with another A to Z post!
While I can’t promise that I will finish anime V in a week, I did manage to finish Uchuu Senkan Yamato 2199 (Space Battleship Yamato 2199) in that time. Well, a little more than a week because I was partway through when I published my anime T – True Tears post.

We really are closing in on the end of the A to Z challenge.
How will I decide to watch after it’s over?

This review will contain spoilers, because there are some plot points I want to write about. I’ll leave a warning before going into spoiler territory though, so just be aware of that. 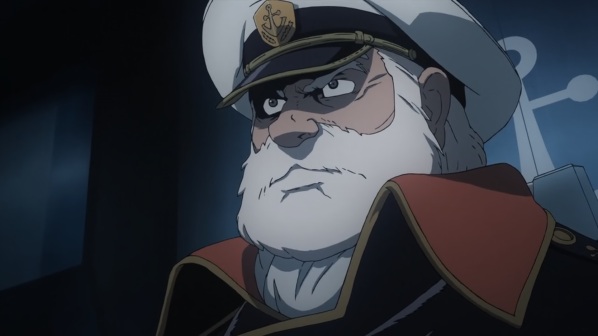 It’s been a while since I’ve visited space in anime. I think the last space anime I watched was actually Legend of the Galactic Heroes, which would have been right before I started the A to Z challenge.

So how did Space Battleship Yamato 2199 hold up in comparison?

Well, despite both being similar in the sense that they feature a “naval combat” style (as opposed to mecha / robot style), they really couldn’t be more different. Both take different approaches, and both do them very well.

Unlike Legend of the Galactic Heroes, which focuses on large scale battles, politics, and takes a more “macro” approach to space combat between empires, Space Battleship Yamato 2199 takes a more “micro” approach, focusing on, well, a single ship and it’s challenges / journey.

The general premise is that the Earth is on the brink of destruction by the Gamilas Empire, a large space-faring empire that boasts powerful fleets and weaponry. In order to save the Earth, a team of humans must trek across the galaxy to reach a distant alien planet that promises the technology required to heal the planet. That same alien planet donated technology to Earth allowing them to create the space battleship Yamato, in order to make the journey.

Arguably what Space Battleship Yamato 2199 does best is action, namely the various battles that take place throughout the anime. Not only are the battles absolutely stunning from a visual perspective, but they are also varied. Each battle feels so different from the rest. Different environments, different situations, different weapons and tactics.. it’s incredibly well done. The battles all feel so unique.

They’re also exciting. The anime pulls no punches – the Yamato takes a real beating on several occasions. So while you naturally wouldn’t expect the Yamato to just be destroyed in battle, killing the entire main cast and ending the anime, there is still some believability to the combat. Which is great.

Now.. let’s get to some spoilers.
You can skip past them by clicking here.

The whole Izumo Project was probably the least believable part of the anime. I don’t understand how the mutinous crewmembers of the Yamato could be so stupid as to believe that they could colonize Beermela 4 without the Gamilans noticing. Yep, it can support human life. And sure, they could probably deal with the hostile wildlife on the planet. But they seriously must not have thought their plan through..

First, the Yamato has to turn around and make it all the way back to Earth, and load up with humans.

Then, they have to make it all the way back to Beermela 4, completely undetected. If they are detected, it’s all over because then the Gamilans will be able to crush them at any time, seeing as Beermela 4 is in their territory.

Even if they make it undetected, will they really be able to hide out for long? There’s no infrastructure on the planet that we know about, so they’d have to build all of their facilities and whatnot from scratch, without being noticed. They couldn’t exactly build up a fleet without being noticed either. So even if they make it, and colonize Beermela 4, the Gamilans can show up at any time and destroy them, just like what they were doing with Earth.

To me, if just makes more sense to try and restore Earth than start all over on a new planet in enemy territory. But I guess glasses girl and the edgy security guy know better, I’m sure they had some good reasons for trying to go through with what seems to be a terrible plan. 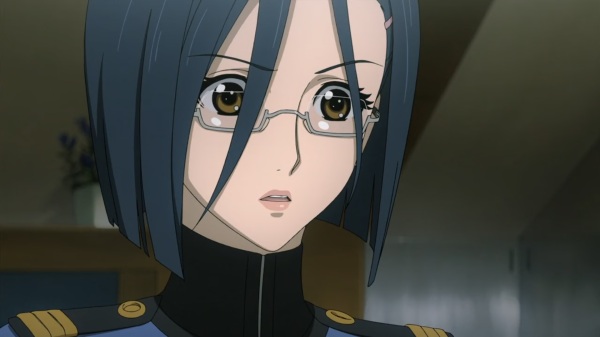 What I had trouble with was believing that any self-respecting ship would allow her to continue on with her duties after letting a prisoner escape in a fighter in order to engage in a dogfight with her, and proceeding to lose her fighter in the engagement.

I couldn’t imagine letting someone like this remain in active duty. If you think about the value of a single fighter, it has to be worth a lot. Considering a single modern fighter today is worth more than I’ll probably ever make in my entire life, I’d have to imagine it’s at least somewhat similar in Yamomoto’s case. And to let a prisoner escape in order to dogfight with her… how old is she? What kind of soldier would ever do such a thing?

Not much else to say about her. In my opinion, she should have been in the brig for the rest of the anime after pulling that stunt – who knows what unpredictable, edgy act she’d try to pull in the future?

Needless to say, I didn’t like her character much after that. Just too ridiculous for me. I know this is an anime and all, but a “navy ship” has to have SOME standards, you’d think.

I know that most of what I wrote here was about two specific gripes from the anime, but I couldn’t really think of anything else I wanted to write about it! Space Battleship Yamato 2199 is just an excellent anime. Not sure how else to describe it, the battles really were just that good. I was hooked right from the beginning, which is partly why I was able to get another A to Z post done so soon.

The best way to summarize it would be – a very high quality space anime.
The plot is fairly straightforward, and the characters are great.
But it’s the sheer amazing quality of the battles that impressed me the most.

I’m going to rate Space Battleship Yamato an 8.5 / 10.
Just a great all around space / combat type of anime, with a good cast and good story, but amazing battles.

No awards this time around!

Anime V will take a little longer for me to finish, as I haven’t even started it yet.
Considering there aren’t many V anime out there, and I’ve mentioned this one in one of my prior posts, you may have an idea of what I’m planning to watch…!