We’ve all got those anime that we love that just hit the spot, right?
Ratings, popular opinion, and well thought out arguments mean nothing when it comes to those special anime or anime genres that can do no wrong.

Maybe it’s not a genre, maybe it’s just a single character. Or a type of character. Just something that makes even the most intolerable anime tolerable. Calling it a guilty pleasure may not be the best way to describe it though, because enjoying certain aspects of an anime shouldn’t be associated with guilt.

How about… anime vice? Anime indulgence?

The ecchi take on this idea might be something like … “If it has breasts, I’m in!”.
Anyways, I’ll divulge some of my own anime vices / indulgences here. 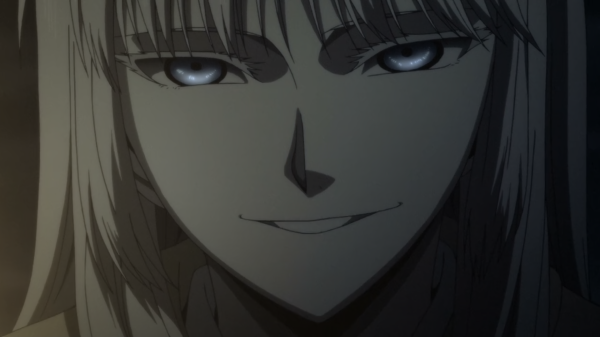 Sorry, I had to do that.
Jokes aside, if you follow this blog, you probably know that I don’t really watch a lot of ecchi anime.

But here’s the thing. I used to watch a ton of ecchi anime. Back when I had started out watching anime, I used MAL recommended anime to find new anime, and this threw me into an ecchi loop where I would jump from ecchi anime to ecchi anime.

As a result, I’ve seen a fair bit of the genre.

What I’m trying to say here is that ecchi was an anime guilty pleasure of mine for several years. I guess there’s something about ecchi anime that manages to balance a story / action with… anime girls and lewd situations…? It creates this sort of viewing atmosphere where you don’t take the anime too seriously, which makes it enjoyable. That’s my attempt to explain it at least.

I guess I indulged myself a bit too much on ecchi anime back in the day, which is what turned me away from it up until recently.

I’ve been wanting to watch more ecchi anime lately, like rewatching Ikkitousen. I’m also watching Sankarea in a collaboration with Lynn Sheridan (you can find it on his blog HERE!). I’d like to watch that Quintuplets anime at some point too, I think that’s ecchi as well? So I think the ecchi itch is coming back, at least to a degree!

Isekai anime have become quite popular lately, and I love it.

You would have a tough time finding an isekai anime that I disliked, because I just love this genre. I know that many people are getting sick of them, and have common criticisms like “we never see enough of the protagonist BEFORE they are transported to the new world“, or “they’re all the same“.. but I think that many people are missing the point of isekai.

And so the fun part is getting to discover the new world alongside the main character(s). It’s a different experience than following someone who just always existed in the world, who knows what’s going on to a much larger degree. We get to experience everything for the first time alongside the character(s), and share many of the questions that they have about the world.

I love that experience. Even if the story falls flat, or the character(s) themselves are boring, I love being introduced to new worlds in anime, especially fantasy, which is most common for isekai. So I really love the way that isekai approaches the discovery aspect of fantasy worlds. I also like sci-fi isekai, or other forms of isekai, because of this approach. I just happen to love fantasy worlds the most. 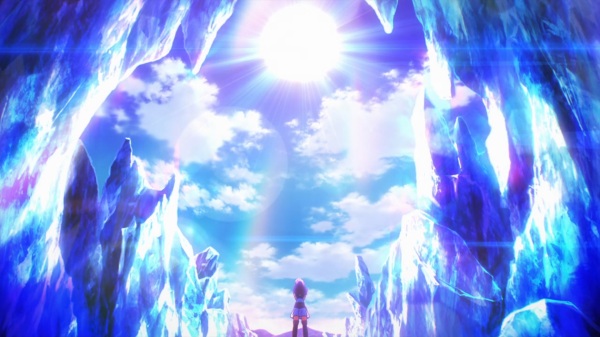 But, I have a reason for loving overpowered main characters, and it’s actually sort of the inverse of what I wrote in regards to isekai anime.

My absolute favourite example of this is from Overlord III, with that party of adventurers that ends up trapped in the Nazarick arena (Sixth floor I think?), forced to fight Momonga. We know that they are absolutely done for, because we know that Momonga is immensely powerful. But they don’t, and so they try their best to defeat him, thinking they have a chance…

Until he reveals his real power level.
The scene where the blonde girl recoils in absolute horror of what she witnesses is one of my favourite “overpowered MC” moments in anime. Her attitude changes from one of hope to absolute and total despair in a single moment. The immediate shock and despair is enough to completely break her, forcing her party to use magic to try and calm her down. And then there’s her final moments with Shalltear…

Well I wasn’t intending on coming off as a sadistic psychopath in this post, but I guess I’ll roll with it. Consider this the vice portion of the post!

Most of the time, the overpowered MC is a good character, so Momonga is one of those rare cases where the morality of the situation is questionable for sure. I just love those reactions from other characters. There’s a level of satisfaction in knowing something they don’t, and watching them figure it out.

This one is broad, but, if there is a student council in the anime, I’m in.

Whether the anime is directly about the student council, like Seitokai no Ichizon or Seitokai Yakuindomo, or the student council plays a secondary role like in SKET Dance or Yamada-kun and the Seven Witches… I just like the addition of a student council. I guess it’s just something that adds to the school setting. Makes it more dynamic.

Bonus points if the student council has a disciplinary officer / committee that goes around punishing students who don’t follow the rules. An active student council makes the school feel more alive, and interesting. That said, they can be strict, or easy-going, doesn’t really matter, as long as they take part in the anime somehow.

I don’t know if this one is as uncommon as I think it is… does anyone else love the presence of a student council in school anime?

Collette truly is a godsend. Without her presence, who knows how Konobi would have turned out… (not good). Plus, I don’t know what I would post on Twitter if it wasn’t for Collette. Sharing Collette is all I’ve got in that area, I’m not sure what else is even worth tweeting about?

I’ve got a nice collection of Collette images that you can all expect to see on a regular basis, assuming you haven’t noticed how often I’ve been using Collette in my posts already!

I’m sure there are more anime guilty pleasures out there that I just can’t quite think of at the moment. But now you know, if an anime contains one of the above 5 elements, I’m probably going to enjoy it. At the very least I’ll be more likely to enjoy it.

12 thoughts on “My Anime… Guilty Pleasures.”