It’s been quite the journey following Pastel Memories to completion.
It’s also been a journey writing this post!

After 12 weeks of ups & downs, predictions, funny cafe moments, it’s time to wrap up my thoughts on the anime with this last review. Pastel Memories is an anime, that much I can say for sure. As for what else it is… well..

Going to keep this short, but here is the main gist of Pastel Memories. We follow 12 girls who work at one of the last otaku themed businesses in Akihabara, an otaku cafe. Otaku culture has been on the decline as the result of a virus that is infecting otaku media, and causing people to forget about their existence. Through unexplained magic, the girls visit the worlds of infected media in order to fight and defeat the virus in an attempt to save otaku culture from being forgotten completely.

If you are interested in episodic specifics, you can find my weekly reviews here.

There’s no other way to say it – Pastel Memories has too many main characters. The cafe consists of 12 girls, each with a name and personality to remember. Now maybe if you binge the anime you’ll remember a few by the end, but if you’re watching this anime weekly – good luck.

I made a conscious effort to remember their names for the first few episodes, but once I realized that each episode focuses on a different group of 3 girls, I gave up. You follow 3 characters in one episode, to then not see much of them at all for another 3 or 4 episodes, aside from the odd cafe scene.

All I can say about this is that Pastel Memories would have dramatically benefited from a smaller cast. Reduce the cast to 3 – 6 girls and this is a completely different anime.

There’s one other problem with the Pastel Memories cast, and that’s Maya, our villain. Despite being the villain who is infecting games / manga / anime, we learn next to nothing about her. Instead of being an interesting antagonist with her own reasons for doing what she does, she is a two-bit villain who we don’t know much about at all.

As someone who enjoys a good antagonist, Maya was perhaps the biggest disappointment of the anime. Instead of slowly learning more about her as the anime went on, she simply remained as a petty woman who wants to infect games / manga / anime for some reason. This resulted in what I see as lost potential.

Part of the reason for this was due to the formula / pacing issues, resulting in Maya getting less screentime than I feel she needed.

Pastel Memories uses the same formula for every episode except for a select few, and the formula is as follows:

That’s the gist of it. Some episodes break the mold, but off the top of my head I can think of 9 episodes that follow it pretty closely. 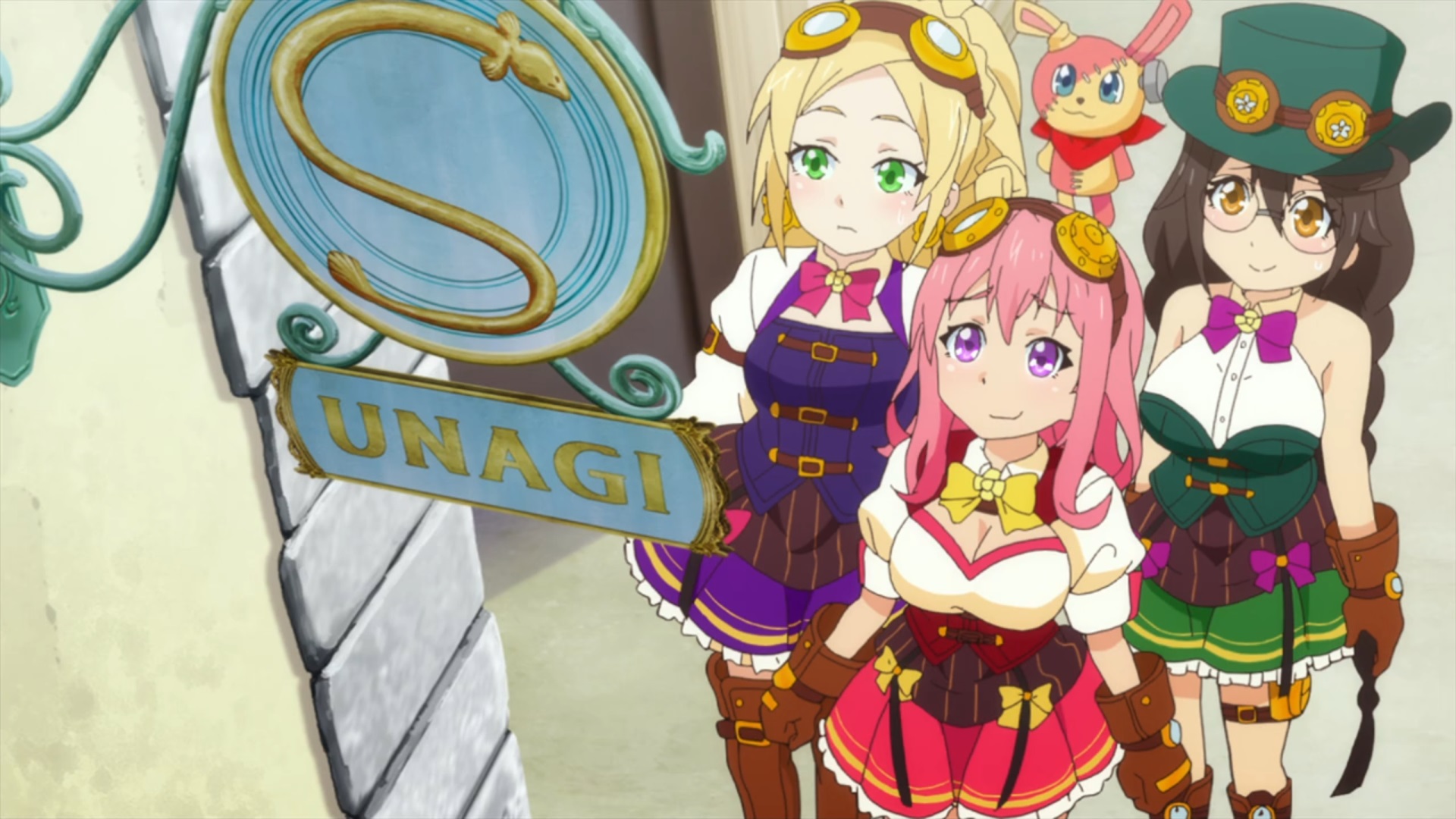 I know that many anime out there use a formula repeatedly, to much success. With Pastel Memories, I feel like the formula is simply being used too frequently. I can think of many examples where an anime used a formula over the course of an entire story arc, but I can’t think of very many that used the same formula for almost every single episode outside of slice of life anime.

It’s not even that bad of a formula. It manages to accomplish character development over the course of an episode while also forcing characters to engage the enemy, introducing action to the episode. Add in the variety of different worlds the girls explore, and you’ve got a formula that looks great on paper.

The solution I proposed many times in my episodic reviews was to simply stretch the formula out over two episodes. Why do they have to visit one world per episode? Sure, the variety is nice, but if you have no time to show off the world, it’s pointless in the end. Two episodes results in more than enough time to give us wholesome scenes with the characters, a good look at the infected world, some good action, and a nice conclusion.

Pastel Memories only did this once, stretching the formula across episodes 11 and 12, and I felt that the episodes were better off as a result. Sadly, the previous episodes were not so lucky.

Another issue I came across with Pastel Memories is what I’ll call the “ditto conundrum”. You see, the worlds the girls visit in Pastel Memories are references to actual anime / manga / games. They change the names and whatnot, but it’s clear that Pastel Memories was intentionally referencing these things.

Here’s a quote from my episode 8 review that still applies now regarding an issue with this:

Maybe that’s part of the problem with Pastel Memories – it tries to take a concept / theme that ANOTHER anime is good at, and use it. Watching this episode made me realize that. The whole “judge massively overreacts to the food he is eating” thing that Shokugeki no Souma is famous for was in this episode, and while it was funny, it also made me just wish I was watching Shokugeki no Souma. In fact, I have a few seasons to catch up on from Shokugeki no Souma…

So perhaps Pastel Memories is just doomed to be the copycat – the ditto of anime.

Of course, it’s not like this is an unsolvable problem. As I mentioned in the episode 7 review, Pastel Memories has such a weak overarching plot and too many characters, making it almost impossible for me to actually feel engaged in what’s happening. So instead of caring about the girls (whose names I gave up on remembering long ago) and their fight against Maya & the virus, each episode is more of a novelty where I look forward to criticizing the cafe and seeing what anime will be referenced next.

I couldn’t have rewritten it any better than that, so I didn’t!
And that essentially sums up the “ditto conundrum” that Pastel Memories suffers from. Not every episode is like this, but there were many where I felt this way. 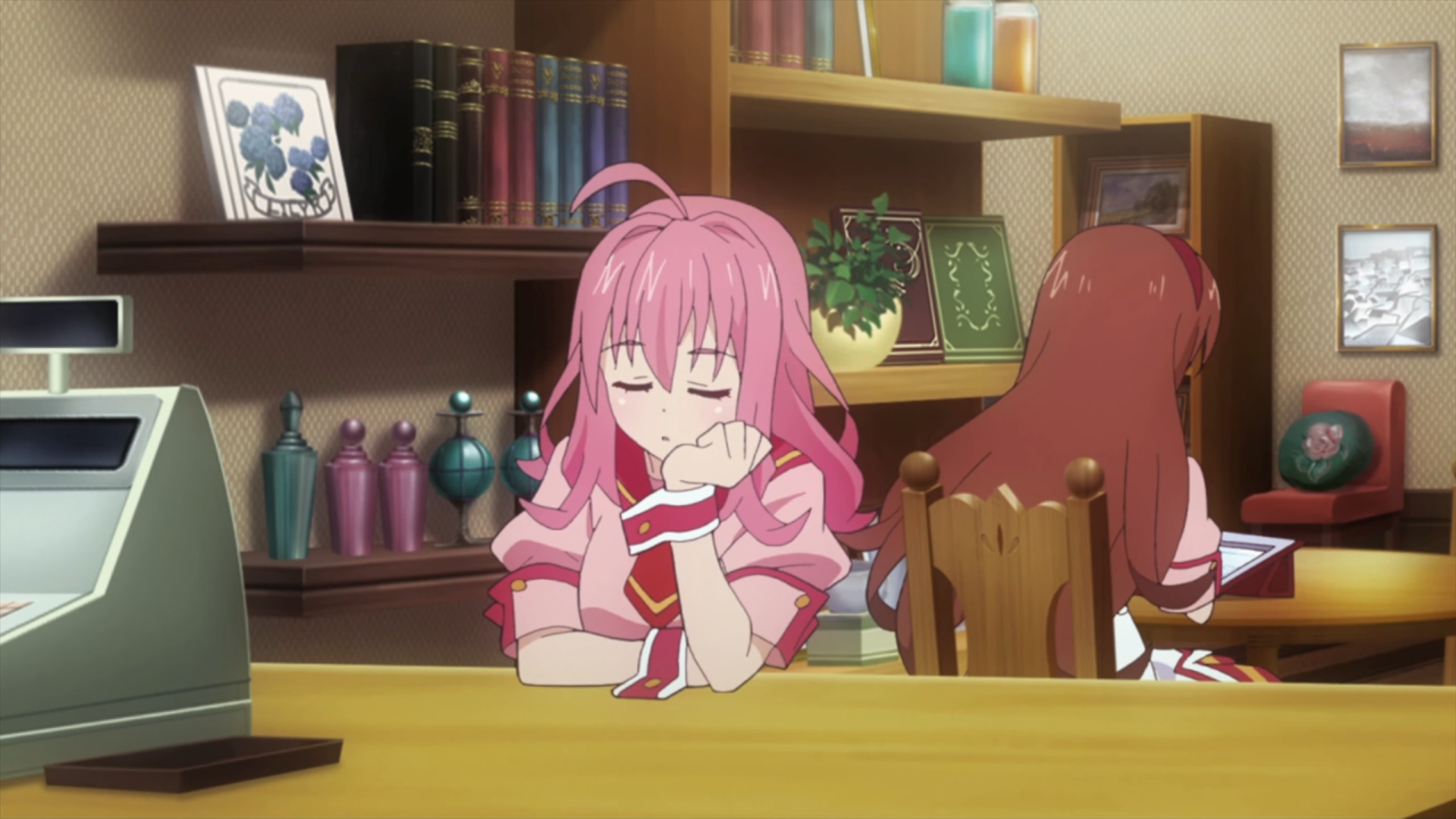 I know this has been a long review where I have proceeded to tear into Pastel Memories. I’m almost done, so please bear with me for just a little longer.

While there are 12 episodes in Pastel Memories, majority of them have no impact on the overarching story whatsoever. If this were a slice of life anime, I’d have no issue with that whatsoever. But this isn’t, this is an anime about saving Akihabara one game / manga / anime at a time. You’d expect some progression on a regular basis, but this doesn’t end up being the case.

As I mentioned in my episode 11 review, you can actually get away with watching only 5 episodes, and still walk away from the anime essentially knowing everything that happened from a story perspective. Those episodes are 1, 2, 9, 11, 12.

You could argue episode 9 isn’t even necessary, but I feel that in episode 9 we learned a lot about Maya that we didn’t know prior, so I think it’s a relevant story episode. The remaining episodes may as well be filler – they simply don’t advance the plot in any material way, making them feel disconnected. You could jump from episode 10 to episode 3 and not even realize it, because both offer nothing in terms of the overarching plot.

Finally, I’ll mention that there were aspects of Pastel Memories that I enjoyed. Despite everything I’ve wrote so far, there were still moments in the anime that made me laugh, or kept me interested.

First off is the cafe itself. In the beginning I thought it was ridiculous that a cafe would hire 12 girls to essentially stand around, because the cafe doesn’t get very much business (you can count the total number of customers they get in 12 episodes on one hand). Eventually, I grew to love the scenes of the cafe. The thought of an excessive number of waitresses just slacking off / standing around in the cafe makes me laugh. I found myself looking forward to what funny cafe scenes I would see next. So kudos to Pastel Memories for unintentionally making me laugh many times with this.

Next is episode 7. In this episode three girls visit a Dragon Quest and Ghosts ‘n Goblins world. Despite adding nothing of value to the story / plot, the episode was a lot of fun to watch. There were a lot of funny and enjoyable moments in the episode, making it a good episode in my books.

I also enjoyed really enjoyed episode 9, which is my favourite episode from Pastel Memories. In this episode the girls visit a dating sim game, and Maya ends up being the girl to… conquer? Date, I guess. We get to see a different side of Maya in this episode, and I found the episode fun to watch.

Finally, episodes 11 and 12 were not bad. Instead of rushing the conclusion in a single episode, the anime finally utilized back-to-back episodes in order to spend more time on its formula. What we got was more content in terms of the infected world, and more action. 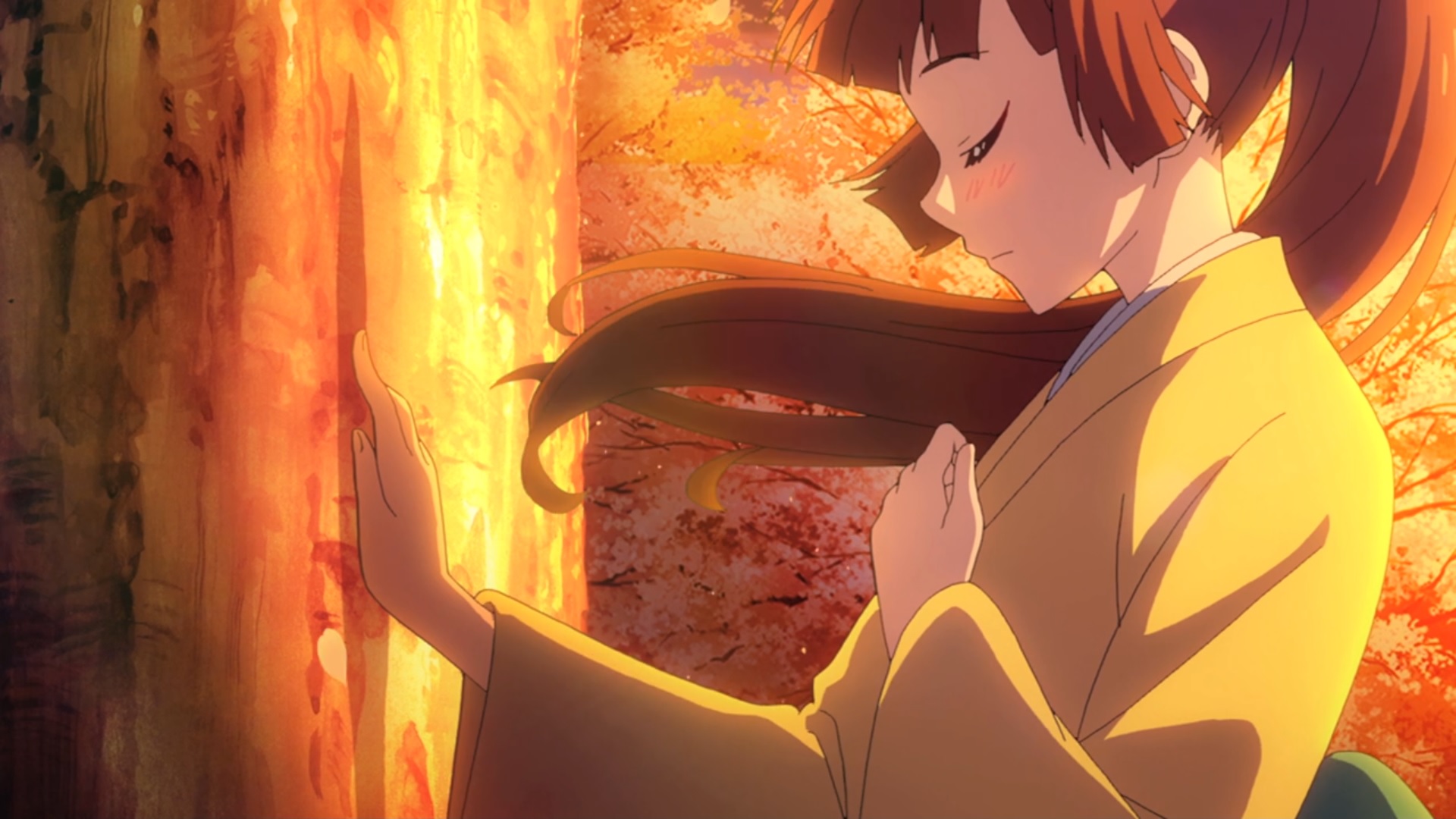 Pastel Memories was an interesting anime, one that ended up feeling more like a case study of what not to do than anything else. There were simply too many issues to overlook, despite having some merits. The idea on paper is great, but the execution missed the mark.

I’ll also give Pastel Memories the Unintentionally Comedic award, for making me laugh with the whole 12 girls working at a cafe with no customers premise. You could make a slice of life / comedy anime on that premise, and I would absolutely watch it.

That concludes my review of Pastel Memories!

See what happens when I do episodic reviews? I end up with too much to say. It’s hard for me to believe that my perhaps most comprehensive review was of Pastel Memories, of all things. If you’ve made it this far, hopefully you’ve found this review useful in some form or another.

3 thoughts on “Pastel Memories Is An Anime”