I’ve been keeping a list of ideas that I think would make for a good manga / anime (just going to say anime from here on out, but I mean both). You may have noticed me mention this list before in a comment somewhere.

While it may never happen, I’d like to think that one day one of these ideas could actually become something beyond just an idea.

Wouldn’t it be cool to have some sort of big anime concept collab?
Surely between all of us we can come up with some great concepts.

Of course, even better would be some sort of collab that involves the actual creation of a manga, or storyboards or something like this. That said, I have no artistic talent in this area so unfortunately ideas are the best I can do.

I also ended up embedding three songs that I’ve been listening to recently!
The songs are not related to the 3 anime concepts in any way whatsoever, I just like them!

First off though, I wanted to share this song.
A nice one by the lovely Hanatan, who I’ve probably shared more than any other artist on my blog now.

I’m going to throw three ideas out there.
None of these are fleshed out, I have no character concepts or anything like this. Just very basic premises that could form the foundation for anime.

The premise is that our protagonist was admitted to a prestigious high school that’s famous for it’s school clubs, many of which hold various accolades, but others that are just super random clubs. The only thing is, our protagonist isn’t really a club guy. He’s not very social, and is more focused on his studies. Thinks that other students are a bother.

Fast forward to several weeks after school has started, and the club recruiting period has died down. The student council makes an announcement that for the first time in the school’s history, EVERY SINGLE student was a member of a club – except for one (our protagonist)! In order to achieve a 100% student club participation rate, and to make things interesting, they decide to hold a contest: the club that manages to convince our protagonist to sign onto their club roster will get a very generous prize.

And that’s the setup.

Our protagonist doesn’t like people really, let alone clubs. So now that he has a target painted on his back, he will essentially be forced to interact with other people whether he wants to or not. I picture our protagonist deciding to make a game out of it, by visiting different clubs with the intention of rejecting them. But what starts out as a “game” ends up causing our protagonist to change, and become more open to others – making friends, visiting clubs, helping out, stuff like this.

Things you can expect from this premise:

That’s essentially my first idea.
I feel like it’d work very well for an anime.
Any thoughts?

Also, here is some more Hanatan for you:

I just can’t get enough of Hanatan!

This is an idea that is inspired by a few things: first is Arsene_Lucifer, who has mentioned before that Boku no Hero Academia would be more entertaining if Deku NEVER got a quirk (and I agree!). It’s also inspired by the FFX No Sphere Grid challenge, which is basically a challenge where you beat the game without leveling up any characters – it’s possible to actually beat every boss in the game except for 2 I believe without leveling up any characters, which is crazy because there are a LOT of superbosses in FFX. It just takes a crazy amount of planning, strategy, and understanding of enemy weaknesses.

This one is even more vague than my first idea.
The premise is that there is a hero, or group of heroes (both work I think) that have to accomplish a task / quest in a world where they are completely outclassed by their enemies. I think a fantasy world would work well for this, although it’d basically be like your standard isekai world. This actually COULD be an isekai anime, technically, doesn’t really matter.

So the essence of this is that unlike standard shounen anime, where the heroes get stronger and stronger as the anime progresses, in this anime our heroes wouldn’t get stronger at all. Instead, they have to be incredibly resourceful.

For example, in FFX, once you get Rikku in your party, you gain the ability to modify equipment. So you can steal resources from enemies in order to give weapons & accessories specific effects. Like poisontouch, sleeptouch, stonetouch for weapons. Or auto-protect, fire resist, poison resist for accessories. You become extremely reliant on items & status effects to get by, because your characters are just too weak otherwise. Think beating a superboss (stronger than the final boss by a mile), with level 1 characters. It’s possible, but you have to have the perfect setup to do it.

Essentially I’d like to see this in fantasy anime form. Character(s) that have to scrounge every last advantage they can get to beat their foes. From underhanded methods like poison or sneak attacks to working extremely hard to obtain items / armours / weapons to help them.

I feel like the most difficult part of this would be conveying just how weak the character(s) really are, and how they physically just aren’t capable – forcing them to turn to other means in order to succeed.

I don’t really have an idea for a task or any overarching goals, just that the character(s) are on a journey of some sort that they HAVE to accomplish for some reason or another.

So yeah, this one is very vague, but I think it’d be neat.

Might as well share another song right?
This one is just a great song, not much else to say about it but that!

Inspiration for this one is thanks to L-zerb and Konobi!
Naturally after writing so many Konobi related posts, I’d be open to an anime premise that is inspired by Konobi.

This one would be a drama.
General premise is that there are two artists that are very competitive with each other, always trying to take the top spot in art contests over the other. Sort of like how you get those anime where the #1 and #2 students are competing to see who can get the better grades. So there is that dynamic – two rivals in art.

Next is that they have VERY different art styles. What each of their styles is, I don’t know. Just that each thinks that their own style is the better one, and dislikes their rival’s style.

Finally, one of them is male and the other female – naturally there is a love dynamic between the two. I’m not really a romance guy, in terms of movies and whatnot, so I’m not sure HOW you could make this happen. Maybe they both secretly admire each other from the start, or maybe something happens that causes one of them to start thinking about the other. Of course there would be your typical tsundere moments with them, with overreactions when their rival’s name is brought up and whatnot.

I guess I like this premise because it’s a fairly standard one. Like you know stories like this have already been done, but I don’t know if this exact one has. Sort of gives it some credibility. I think it could be a good anime. 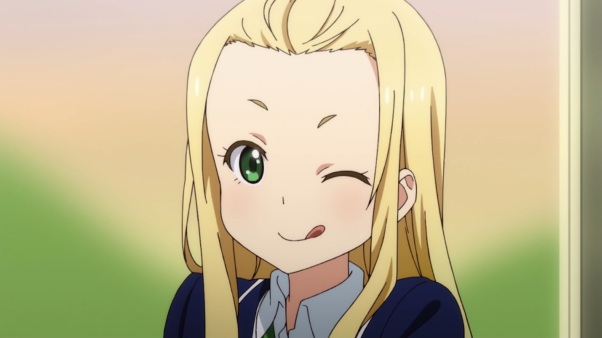 And that’s all of the ideas.

I’m going to keep noting down more ideas as they come to me (or if someone mentions them). You never know, maybe one of these ideas could go somewhere. At the very least it’s fun to think about them and come up with ideas.

What’d you think?
Would any of these ideas hold water?
Did you enjoy any of the songs?