Lately I’ve been thinking about how I judge anime, and comparing my observations / enjoyment to what I would have thought when I started out watching anime. I was just much less critical back then!

For the first year or so of discovering & watching anime, I loved everything I watched. Didn’t matter what it was. Harem, ecchi, action, shounen, mecha, fantasy, et cetera. I just enjoyed watching anime. I look back now on some of the titles that I watched and am fairly surprised that I sat through 12-24 episodes of certain anime. Present day Yomu would have some serious trouble re-watching some of the anime in his anime list.

So this made me wonder, is there a tangible anime veteran bias? I can guarantee that if I actually rated anime (something I don’t do on MAL), I would have rated many anime higher back then than I would today. And even anime that I have watched recently, such as Black Cat, I know I would have rated higher had I watched it back in 2013. At the very least, I feel like I would have enjoyed it more.

But what causes this to happen? 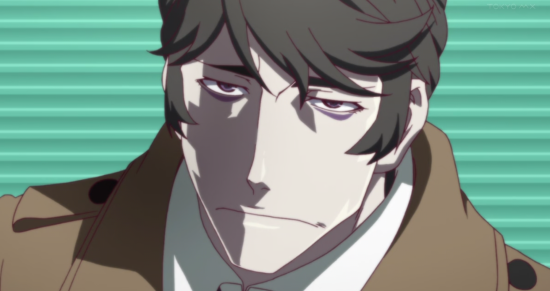 I believe it mostly boils down to repetition.

Anime is filled with repetition, on a very large scale. Repetition to the point where an entire anime feels similar to other anime of the same genre. The magic high school genre (sub-genre?) is my favourite example for this. Chivalry of a Failed Knight is close to the same anime as Asterisk War. This is the example I use the most frequently, because both anime are eerily similar (although Chivalry is the better anime in my opinion).

Here are more examples though: Seireitsukai no Blade Dance, Seikoku no Dragonar, Trinity Seven, Juuou Mujin no Fafnir, Seiken Tsukai no World Break, Saijaku Muhai no Bahamut, Date A Live, Absolute Duo. These aren’t all the SAME anime, but like Chivalry and Asterisk, they all have MANY similarities. Unfortunately my love for fantasy & magic in anime often leads me to harem anime… 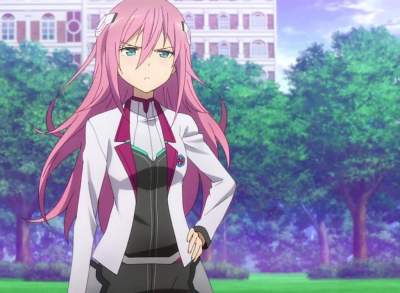 Anyways my point here is that it can get tiring watching the same formula over and over. A concept that feels fresh and exciting the first couple of times quickly becomes unoriginal. I THINK the first anime that I saw out of all the above listed anime was Seireitsukai no Blade Dance, and I remember really enjoying it. I wonder if this would be the case now, if I was to re-watch it. I recently re-watched Absolute Duo, and my experience the second time through was much worse than the first, even after I had forgotten almost everything about the anime. I wonder how many of the above anime I would even enjoy today.

The first time experiencing any kind of anime will always be an adventure into the unknown. Can the same be said for a similar anime after the 10th time? 20th time?
I don’t think so.

It may still be enjoyable, but the unknown element is gone. Sort of like how many people will say that the first Dark Souls game they played was the most enjoyable / their favourite.

Once you’ve graduated from the unknown, you now have the ability to compare what you are currently watching to what you have seen done in the past. You can become more critical of what you are watching as a result. 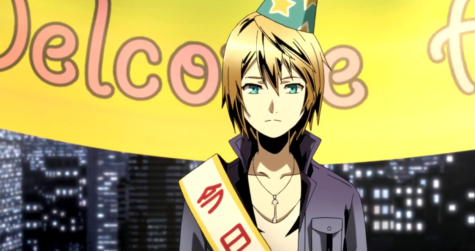 When I first started watching anime, I just absorbed it without really thinking about it. Back then, I didn’t have a repertoire of anime in my memories that allowed me to be critical. But now it’s not like that. Now I see an anime doing something wrong and think “this could have been done better”, or “X anime is an example of an anime that did this better”. Thoughts like these are pretty common in my head now when I watch anime. It’s much easier to be critical now that I’ve been exposed to so many anime.

All of this is just something that I’ve realized recently.

I used to read reviews on MAL and think “These people are a bunch of elitists, nitpicking at everything. Why can’t they just enjoy the anime?”. To be fair, I’m sure there are a lot of elitists and stuck up anime reviewers out there.  But at the same time, I’ve gotten to the point where I understand why anime fans become this way. If Yomu from 2013 watched Black Cat and then read my recent review of it, I’m sure he would have thought I was an elitist too, to some degree.

It used to seem like nitpicking to me. Those same elements that I would have considered nitpicking back then I might consider obvious flaws today.

So my next question would then be: is it repetition, or experience that causes this “elitist” mindset to form? Is there even a difference between the two?

The most extreme difference I guess would be someone who watched the same anime over and over compared to someone who watched a variety of anime from different genres. So in this sense, I guess you could say that they are different. But then again, as I’ve mentioned, anime is very repetitive in many ways, and watching similar anime over and over is a great way to pick up on flaws and differences.

Experience and repetition go pretty hand in hand in this case I think.

Anyways, back on topic.

Are anime veterans more harsh on anime, and rate anime more harshly as a result?

I wish I had an easy way to test this.

The only way I could think of would be to go through 50+ profiles on MAL, new and old, and compare their ratings on specific anime (like Sword Art Online, Black Cat, et cetera).

Maybe one day I’ll come back and verify my claims here, but until then I’m just going to write what I think is the case with no real proof.

I think that anime veterans ARE more harsh on AVERAGE anime, but more soft on UNIQUE anime. That’s my personal theory.

Anime like Black Cat which have clear flaws and follow an overused shounen pattern would probably get a worse rating from a veteran than a newer anime viewer. But anime that stick out as different, like Baccano!, probably get higher ratings from veterans than they would from the typical new anime viewer.

This is just anecdotal, but I’ve noticed that many anime reviewers take the time to mention when an anime goes against the typical standards. Words like “ambitious, creative, and refreshing” I see often when an anime does something DIFFERENT. Even if it doesn’t work out, we like to applaud the attempt. We notice these things.

Personally, I’d rather watch a creative anime that is interesting, than a typical anime that has amazing production values but follows an industry checklist. I’ve seen enough standard anime, to the point where I have become one of the “elitist” anime reviewers that I used to question.

An anime veteran with some serious bias against average anime.

That being said, I don’t explicitly dislike average anime, but I am definitely more critical of average anime.

Anyways that’s all I wanted to write about. I originally wanted to write a “Yomu Investigates…” looking into this, but I don’t see an easy way to test the effects of the Anime Veteran Bias. I would have loved to get some numbers on it though, testing on various anime like Sword Art Online or Black Cat. Or even harem anime. What is the statistical difference in ratings between a 3+ years anime viewer and a viewer with less than 1 year on their account?

I’m sure there is a trend, whether it is my personal theory I mentioned earlier, or something else.

This ended up being quite the ramble! One thing that I love to do is look back on myself and my mindset, and compare it to where I am now. So I probably found this topic more interesting than most. Hopefully you enjoyed this anyways!

7 thoughts on “Do I Have Anime Veteran Bias?”