In my final thoughts post for Darling in the FranXX, I said that I would correctly predict what happens in the next anime I watched after only seeing episode 1. And I can tell you now, with utmost confidence in my abilities, that I have done it. I really am amazing when it comes to these things. They don’t call me Yomu the Prognosticator for nothing! Last time was just a fluke. Episode 1 is finished, and I’ve had one night to really process my own genius on this one. Some of these predictions may sound vague, but I assure you that a great deal of effort and mental proficiency was behind them. I spent all day at work forecasting Grancrest Senki this morning. It’s all figured out for me now. In fact, I’ve actually began forecasting BEYOND the events of the 24 episodes of Grancrest Senki in my mind, but that’s for another time. I wouldn’t want to spoil any future content before it’s potentially released after all.

Before I lay down my predictions, I just wanted to spend a few more moments explaining how amazing I am. I don’t want to make this groundbreaking feat sound any easier than it is. I assure you, there are only a few prodigies out there that have an eye for predicting anime like myself. They don’t just give away titles like Yomu the Prognosticator for free you know, you have to earn it. And I’ve definitely earned that title. You probably know that though, just by reading the high quality content that I produce on this blog. Like this post, for example.

I’m going to get into the predictions soon. I just wanted to really drive home the point that this isn’t some lucky fluke. I legitimately have only watched episode 1 of Grancrest Senki, once. I didn’t even watch it a second time to reaffirm my theories surrounding the anime. My calculations are spot on, so much so that there is a 0.00% margin of error here. This means I already know as I write this that I am 100% correct in what I am about to tell you all about Grancrest Senki. I’m already considering just not watching the rest of the anime, because I already know what’s going to happen.

I know, this ability has the downside of spoiling events before they happen. I don’t watch currently airing anime for a reason! The last thing I want to do is spoil every single anime that everyone is watching through my predictions posts. Wouldn’t that be awful? You’re all welcome that I spare you from my forecasting genius. In fact, I’d better throw this out here just in case someone hasn’t gotten around to Grancrest Senki yet:

I suppose it’s about time I went ahead with my predictions. It’s what you are all here for right? I need to keep my 99.7% accurate record alive. Darling in the FranXX was just unlucky. I wasn’t feeling well at the time… I was tired, and distracted. Unfortunately I lost my 100% accuracy thanks to that. But this time I’m fresh and prepared. Last time I didn’t ponder enough, I wrote too soon. This time I formed the ideas last night, and then purposely entered a lucid dream state in order to use every available second to form the predictions that explain what will happen in Grancrest Senki EXACTLY. 0.00% margin of error.

Plus you all know how time feels like it moves slower while you are bored at work right? Well this morning I purposely picked the most boring task available to me, so I could take advantage of the extra perceived time and really ponder Grancrest Senki. Closer to the end of my shift I accidentally went too far, predicting up to episode 34, but that’s all right. I wrote episodes 25 – 34 down so the effort wasn’t a waste. If they ever announce the next season of Grancrest Senki, maybe I’ll do you all a favour and tell you what happens. 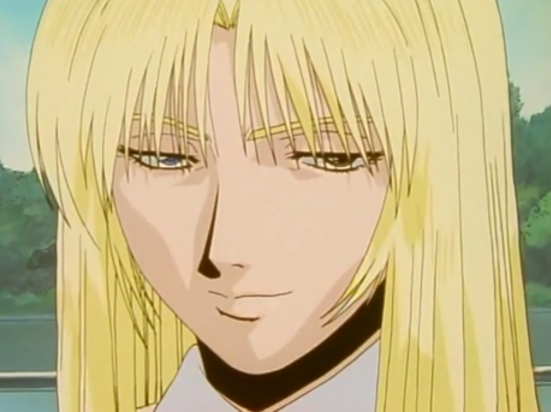 And speaking of what happens, what is about to happen in this post may seem too good to be true. After all, how do you know I haven’t sneaked a look at the entire anime? Trust me when I say this: it is not too good to be true. This is purely the ability of a true anime prophet. Yes, people like myself exist. If anything, let what is about to happen be an inspiration to you. Humans ARE capable of such things.

Personally, I like to avoid the media. The attention is too much of a distraction, and there are others out there who would like the attention more anyways. I’m a humble person after all. That’s why I decided a long time ago to never grace the media (and the world by extension) with my presence. Plus I’d be constantly bombarded with job offers and the like from the world’s most successful and innovative corporations. It’s really just not worth the hassle. It’s best I remain anonymous on this blog like this.

Now that I’ve said a few words, let’s get on with the predictions. This will be a short post in the end – just a short introduction, my predictions, and that’s about it. Please, try and withhold your applause till the end. I’m mentioning this now just in case you lose yourself in the excitement and start clapping, disturbing people around you. It really is that amazing. Personally, I’d say this was just a regular day. I normally keep predictions like this to myself, but I SUPPOSE I could show you a small glimpse into what I am capable of.

Time for the predictions!

I decided to use bullet point format for these. In my head when I was performing my calculations the predictions were in more of an essay format, but I figure I should do my best to make this easier for all of you to understand. I wouldn’t want to make things sound to complicated after all, the predictions would end up going right over your heads if I did that.

Oh, and try not to mistake this for a synopsis. I know it might appear like I just took a synopsis of the entire anime and rewrote it in bullet point form. Rest assured, I did no such thing. This is purely my own abilities at work. No tricks. I have only watched episode 1 of Grancrest Senki, once.

All right then. Let’s just get this over with. No point in wasting time here. I tried my best to simplify these as much as possible, so they may sound vague.

So here we go:

Just be glad that you are lucky enough to be a part of the same aniblogging community as me. Perhaps I’ll write a final thoughts post on Grancrest Senki, but maybe not.

After all, I’m fully expecting you all to confirm that I am 100% correct in the comments, and that may decrease my motivation to keep watching a little. So we’ll see.

Until next time!
Thanks for reading 🙂