Sometimes I find an anime that I really enjoy that ends with a cliffhanger, only to never be continued. I know this happens a lot in anime, and that many times this is due to the manga itself not being completed at the time of the anime production. I also think that sometimes the anime is only needed to draw more consumers to the manga itself – the anime introduces someone to the story / world / characters, and then if they want more they need to turn to the manga afterwards. Personally I don’t read manga (maybe I’ll post about why in the future).

Here are three anime that I really enjoyed that I would love to see a sequel for:

I really enjoyed Claymore. I know this one is 26 episodes, and already that is more than your average one season anime – but this one was really just set up so well to continue. I will mention that the manga was about halfway finished at the time of this anime, so really it all makes sense. Honestly, it’s probably way to late to make a sequel to close out the show now. 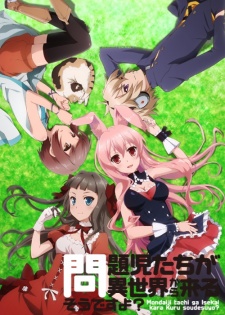 Yeah I know, I already mentioned this anime in my overpowered MC post. I’m a little biased, I know. That being said, this anime was really designed well for more content – by the end of this anime, the story / world / characters were just introduced and had so much promise. Only 10 episodes and this anime managed to become one of my personal favourites, I just can’t help but wish there was more! 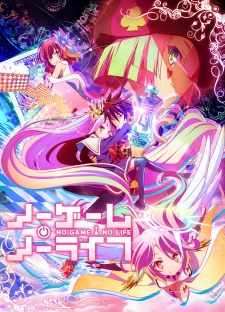 I’m going to be honest – No Game, No Life is probably the closest anime you will get to Mondaiji-tachi ga Isekai kara Kuru Sou Desu yo?. Both anime take characters and place them in a new world with structured rules in place. Of course, the main characters are very good at succeeding in these new worlds. I think NGNL overall is one of the top anime you would find on a list of “anime that really need to be continued” in general, so I felt like I had to mention it here. I think this anime has the highest chance of continuation, as a movie related to the series  (No Game, No Life: Zero) was announced for next month. Not sure exactly what the movie will be about but I’m sure it’ll be worth a watch considering the anime was excellent.